China wants to have 80% of its population fully vaccinated

China will vaccinate children ages 3 to 11 against COVID-19.

The country’s authorities have a “zero tolerance” policy against outbreaks and the expanded age range is regarded as an attempt to stave off future incidents. Notices of the policy change were issued in five Chinese provinces by local city and provincial-level governments.

China will be one of only a few countries in the world to approve vaccines for children so young. Cuba narrowly beats China, as the island nation offers the COVID-19 vaccine for children at age 2.

In contrast, the COVID-19 shot is permitted for minors at age 12 by the U.S. and many European countries. The U.S. is expected to open vaccinations to 5- to 11-year-olds in the coming weeks.

“The expansion of the vaccination campaign comes as parts of China take new clampdown measures to try to stamp out small outbreaks. Gansu, a northwestern province heavily dependent on tourism, closed all tourist sites Monday after finding new COVID-19 cases. Residents in parts of Inner Mongolia have been ordered to stay indoors because of an outbreak there,” reports AP News. “The National Health Commission reported that 35 new cases of local transmission had been detected over the past 24 hours, four of them in Gansu. An additional 19 cases were found in the Inner Mongolia region, with others scattered around the country.”

Health authorities report that 76% of the Chinese population has been fully vaccinated — roughly 1.07 billion people out of a population of 1.4 billion. There are approximately 254 million children in the country. Vaccinating some portion of this age group is necessary as China strives to have 80% of its population vaccinated.

“Vaccines are often approved separately for adults and children because younger immune systems may react differently to the doses,” reported Fox News. “Experts say inactivated vaccines are generally considered safe for children, as the technology has been in use for a long time, such as in mandatory childhood immunization programs, and have shown low risk.”

In June, the country approved the use of two vaccines, Sinopharm and Sinovac, for children ages 3 to 17. However, only children ages 12 and older were administered the inoculation.

Following China’s approval, other nations — including Cambodia, Argentina, and Chile — approved the use of the same vaccine for their minor population.

China has not publicly announced a timeline for vaccinating children. 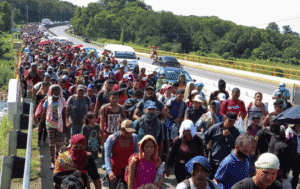