Chicago Public Schools have canceled classes for a third straight day after the teachers union voted to refuse to teach in person.

The union claims that they are concerned about a lack of safety protocols in place in schools and have demanded to switch to virtual learning for the next two weeks.

The city is refusing to agree to switch to virtual, instead opting to cancel classes altogether.

Mayor Lori Lightfoot has accused the union of “politicizing the pandemic” and “holding education hostage,” and is refusing to pay the teachers for the days off.

“Lightfoot has filed a complaint with the Illinois Educational Labor Relations Board arguing the teachers’ strike was illegal and should end immediately, while the Chicago Teachers Union filed its own complaint asking for remote instruction because it has a right to refuse work based on hazardous conditions,” The Hill reports.

Lightfoot did not hold back her contempt for the union during Wednesday evening’s press conference.

“I will not allow [the Chicago Teachers Union] to take our children hostage. I will not allow them to compromise the future of this generation of CPS students. That is not going to happen,” Lightfoot said.

One of the demands from the union is mandatory COVID testing for students, which Lightfoot said will not happen because it is “morally wrong.”

“We are not going to rob parents of their right and their obligation to tell us if they want testing or not on their children. It’s not going to happen. It’s morally wrong,” Lightfoot said.

Lightfoot also asserted that the city will not be paying teachers during an “unlawful, unilateral strike” and will not allow them to teach remotely.

The union posted on Twitter on Wednesday that “the action will end when one of the following conditions is met: The current surge in cases substantially subsides, or the mayor’s team at CPS signs an agreement establishing conditions for return that are voted on and approved by the the CTU House of Delegates.”

The action will end when one of the following conditions is met: The current surge in cases substantially subsides, or the mayor’s team at CPS signs an agreement establishing conditions for return that are voted on and approved by the the CTU House of Delegates.

“To be clear: Educators of this city want to be in buildings with their students. We believe that classrooms are where our children should be,” the union tweeted on Wednesday. “But as the results tonight show, Mayor Lightfoot and her CPS team have yet to provide safety for the overwhelming majority of schools,” their thread continued. 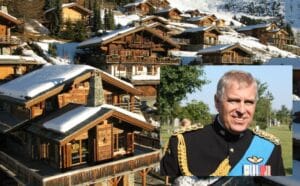