According to the British paper, The Mirror, Prince Andrew is selling the luxurious property because the Queen will not pay his legal fees related to the case.

Andrew bought Chalet Helora, in the Swiss resort of Verbier, with his ex-wife Sarah Ferguson for an estimated $23 million in 2014. Late last year, it was discovered that he was selling the property.

Giuffre claims that the Prince had sex with her three times as a minor after convicted pedophile Jeffrey Epstein trafficked her. The Prince has consistently denied the allegations publicly — despite evidence the two had been in contact at Epstein’s property in Florida.

New York Judge Lewis Kaplan could reveal on Friday whether or not Andrew will face a full civil trial in the US. The decision comes after his lawyers argued this week that Guiffre’s case should not go to trial because of a 2009 civil settlement she made with Epstein.

If the case goes to trial and the Prince loses, Guiffre could be awarded a settlement that legal experts have predicted could be as much as $5 million.

This week, his legal team implied that Prince Andrew could try to settle out of court with Guiffre to avoid the case going to trial.

Insiders have claimed that Giuffre will not agree to an out-of-court settlement.

Guiffre, who Epstein paid a settlement of $500,000 in 2009, is said to want a trial to send a message that anyone with power and privilege accused of abusing young girls will face the full force of the law. She reportedly told her lawyers that agreeing to a multi-million dollar settlement with Prince Andrew would not advance that message, according to the Telegraph.

During Tuesday’s hearing, Prince Andrew’s lawyers argued the 2009 agreement signed by Epstein and Giuffre protects the Duke of York and should result in a dismissal of the charges against him.

Mitchell Epner, a US former federal prosecutor, said the case would not be dismissed following the court hearing led by Judge Kaplan and insisted that the Prince must settle, default, or go to court. 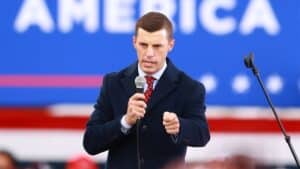