Each card is worth $150 and can only be used to purchase gasoline at pre-approved stations.

The lottery is also offering 100,000 pre-loaded cards to be used on public transit. Those are valued at $50.

“People have to be able to get to work, school, places of worship, medical offices, grocery stores,” Lightfoot said. “The goal of this program is to help make those moves easier.”

“For the price of a gallon of gas, you could ride the whole CTA system across the entire city all day long. A 30-day pass, four months worth of rides, costs almost as much as a tank of gas,” said Chicago Transit Authority President Dorval Carter, Jr.

To be eligible, applicants must:

“I know from talking to many residents that they are feeling the strain,” Lightfoot said. “There’s no if’s and’s or but’s about it. And many are unable to fill their tank as much as they normally would because their dollars just don’t stretch that far. So my administration’s been working through a variety of options to see how we can provide the greatest relief to as many residents as we can.” 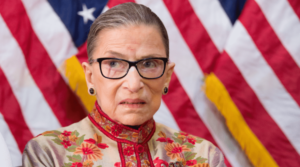