Lightfoot said the chief executive needed to “educate himself” when she was asked about Kempczinski telling business leaders in a speech at an Economic Club of Chicago luncheon that many believe Chicago is “in crisis” because of economic conditions and crime.

“The truth is it’s more difficult today for me to convince a promising McDonald’s executive to relocate to Chicago from one of our other offices than it was just a few years ago,” he said.

Kempczinsi also said it’s more difficult today to recruit new Chicago-based employees to McDonald’s than it was in the past and that one of the three issues the city needs to focus on is crime.

“I don’t have to tell you why this matters. You all recognize and understand the statistics. All of us, every single person in this room, has seen the corrosive effect that crime can have on the city, its psyche and its citizens for many Chicago neighborhoods,” he explained. “This is not a new issue, but it’s seeping into every corner of our city, wreaking an untold human impact.”

Lightfoot responded, “I think what would have been helpful is for the McDonald’s CEO to educate himself before he spoke.”

As of Sept. 17, 2022, there have been 491 homicides in Chicago, which is slightly lower when compared to the same date a year prior.

In a question and answer session after his speech, Kempczinski said McDonald’s restaurants across the Windy City are dealing with violent crime, homelessness, and drug overdoses “day in and day out.”

The CEO said that he wants to see partnerships between city officials and the private sector grow in order to develop solutions so that stores can remain open. He noted that when companies pull out of an area, it’s not just capital flight: “you’re pulling out jobs, you’re pulling out opportunity, you’re pulling out structure — all those things that a community needs for it to operate.” 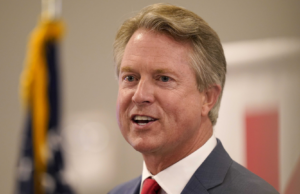