Republicans in the Senate are expected to back an effort to formally vote to repeal the national emergency declaration on COVID-19.

The declaration gave the executive branch of government special powers under the National Emergencies Act.

Kansas Senator Roger Marshall introduced the privileged resolution on Sept. 22 calling for a vote on the issue. He pointed out that President Joe Biden said “the pandemic is over” during an interview with CBS’s 60 Minutes on Sept. 18.

“We still have a problem with COVID. We’re still doing a lotta work on it. It’s — but the pandemic is over,” Biden said during the interview at the Detroit auto show. “If you notice, no one’s wearing masks. Everybody seems to be in pretty good shape.”

“It was jaw-dropping,” said Marshall. “Here’s Joe Biden talking out of both sides of his mouth saying that the COVID pandemic is over with and yet he wants to continue these emergencies.”

The National Emergencies Act designates the Senate the power to vote to terminate emergency declarations.

North Carolina’s Richard Burr, who serves as the senior Republican on the Senate Health Committee, said that the president’s statements make the status of COVID-19 regulations uncertain. He called on the president to clarify his comments in a letter on Sept. 19, noting that Biden has wanted $22.5 billion in emergency funding ostensibly to fight against the virus.

“Despite Americans having largely returned to normal life, which you acknowledged when you noted that attendees at the Detroit Auto Show were not wearing masks, your administration continues to request un-offset emergency funding from Congress, enforce vaccine mandates, and maintain federal emergency declarations that cost taxpayers billions of dollars,” Mr. Burr wrote, per The Washington Times. “Without a clear plan to wind down pandemic-era policies, the deficit will continue to balloon and the effectiveness of public health measures will wane as the American people continue to be confused by mixed messages and distrust of federal officials.”

Burr also noted that states are supposed to be given 60 days notice from the Department of Health and Human Servics before an emergency notice expires. The current COVID-19 national emergency declaration is scheduled to expire on Oct. 13 but the senator said he is unaware of states receiving the required official notification.

President Donald Trump first declared a national emergency in March of 2020 amid the global spread of COVID-19.

With support from Senators Mike Braun of Indiana, Mike Lee of Utah, Ron Johnson of Wisconsin, Ted Cruz of Texas and Rand Paul of Kentucky, Marshall introduced a resolution to end the national emergency declaration in February.

“With COVID cases and hospitalizations on the decline, 94 percent of Americans having immunity to COVID, mask mandates falling by the wayside, and 70 percent of Americans agreeing ‘it’s time we accept that COVID is here to stay’ and that ‘we just need to get on with our lives,’ it’s clear we need a new approach to COVID as we learn to live with it,” Marshall told Fox News Digital in an email at the time.

“That new approach starts with putting an end to the COVID national state of emergency,” the senator wrote.

His resolution was passed by the Senate 48-47 in March but failed to pass the House.

The Biden administration issued a statement vowing to veto any effort to end the emergency declaration if it reached the president’s desk.

“The Administration strongly opposes Senate Joint Resolution 38, which would terminate the national emergency declared on March 13, 2020, and unnecessarily and abruptly curtail the ability of the Administration to respond to the COVID-19 pandemic,” read the statement from the Executive Office of the President. “Strengthened by the ongoing declaration of national emergency, the federal response to COVID saves lives, improves health outcomes, prevents economic and educational shutdowns, and supports the American economy. Actions by Congress to end these authorities abruptly and prematurely would be a reckless and costly mistake.”

The Biden administration intends to extend the declaration “beyond the November elections and potentially into early 2023 — pushing the U.S. into its fourth calendar year under a Covid public health emergency,” according to an August report from Politico.

The Biden administration has not given any detail on how its emergency authority would be reduced and terminated. 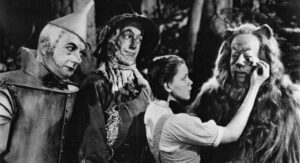