CEO Testifies At Antitrust Hearing Despite Protests From DOJ Lawyers

Markus Dohle, the CEO of Penguin Random House, spoke today at his company’s ongoing antitrust hearing, despite efforts by lawyers from the Department of Justice who filed to block his topic from testimony last month.

In an effort to calm the concerns being expressed at the DOJ, the CEO of Penguin Random House said in court today that he made it the official policy that, in the post-merger environment, imprints — brands that each publishing house owns and operates under — from the two houses will compete and bid against each other.

Justice Department officials, however, have expressed their doubts about the sincerity of a proposal that both sides recognize is unenforceable — when Duhle is replaced, nothing can stop the next CEO from changing things. “But this is nonsensical, akin to spouses bidding against each other and driving up the price for a house they will share,” lawyers for the DOJ wrote in a filing seeking to block the testimony from taking place.

The 2020 deal at the center of the federal lawsuit was struck between Bertelsmann SE, a privately-owned German conglomerate that owns Penguin Random House, and ViacomCBS (which owns Simon & Schuster and has since rebranded to Paramount Global). But as part of a Biden administration campaign to aggressively tackle anti-competitive consolidation with antitrust lawsuits, the agreement came under fire from the DOJ.

While the “Big Five” — previously the “Big Six” — is allowed to consolidate further, the entity that emerges from the Penguin Random House—Simon & Schuster merger. will be more powerful than all of the others. Roughly 30% of all books sold in the United States are published by the two companies,

Earlier this week, best-selling author Stephen King testified about his insight and experience working in the industry.

According to King, further consolidation could threaten the profession of writing. He recounted how there were over 100 publishing houses when he started his career in the 1970s, but said young authors see their opportunities and profits limited by the decreased industry competition. Publishing houses do not feel the need to take risks nor do they need to compete with each other by offering generous advances to writers, King said.

Bertelsmann SE, founded in 1835, is largely owned by the Mohn Family. 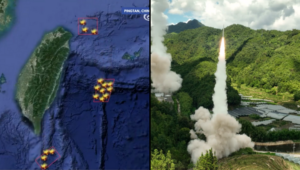