'The selection of an intimate partner is a private and a personal choice,' the court stated

“The selection of an intimate partner is a private and a personal choice,” the court stated in its July 5 ruling.

Antiqua and Barbuda, which comprise one sovereign state, outlawed sodomy by passing the Sexual Offenses Act in 1995.

The court listed multiple ways the law violates the constitution, including “the right to liberty, protection of the law, freedom of expression, protection of personal privacy and protection from discrimination on the basis of sex.”

High Court Judge Justice Marissa Robertson wrote that the right to privacy “extends beyond the right to be left alone and includes the concept of dignity of the individual, aspects of physical and social identity, and the right to develop and establish relationships with other human beings.” Robertson added that citizens are granted privacy regarding their gender identifications, sexual orientations and sexual life.

The law was challenged by an openly gay man who works for Antigua’s Ministry of Health and the nonprofit Women Against Rape.

“The anti-rape group said that concern over breaches of confidentiality has prevented those in the LGBTQ community from seeking AIDS testing or treatment and that they receive hostile treatment by health care providers,” reports AP News. The man “testified that he has been persecuted and assaulted, a common complaint across the largely conservative Caribbean region, where many homosexuals fear for their lives.”

The Eastern Caribbean Alliance for Diversity and Equality (ECADE) celebrated the court’s ruling as a win for LGBTQ people on the islands.

“ECADE recognises all lesbian, gay, bisexual, transgender, queer, and intersex (LGBTQI) people in Antigua & Barbuda, whose lives, livelihoods and happiness are no longer compromised by these outdated laws,” said Kenita Placide, the organization’s executive director, in a statement. “The process of litigation is important, as it underscores how these laws contribute to the stigmatisation of LGBTQI people, how they legitimise hate speech, discrimination, and violence, and tear at the fabric of our society.”

“Our governments have sworn to protect and uphold the rights of all and act in a manner that promotes the prosperity and well-being of all,” Placide added. “This judgment is in keeping with this commitment.”

The attorney general for Antigua and Barbuda has not said if the government will appeal this decision.

Women Against Rape President Alexandrina Wong told the BBC, “We are very much hoping the Antigua ruling will prompt other legal systems in the Caribbean to review their laws and policies, and how they impact on vulnerable populations.”

There are currently legal challenges to restrictions on same-sex intimacy underway in Barbados, St. Lucia, and St. Kitts and Nevis. In total, sodomy is illegal in seven Caribbean countries although the laws are not typically enforced. 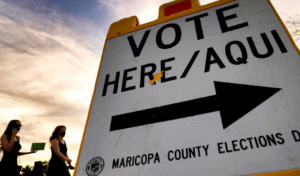