The Canadian government wants the United Nations Security Council to take a “gendered and intersectional” approach to prevent terrorism and violent extremism.

“Gender stereotypes, masculinities, femininities, and gendered inequalities have long been exploited by violent extremist and terrorist groups to their own ends,” the Canadian government’s July 28 submission states. “It is imperative that we continue working together to raise awareness of this phenomenon and advance comprehensive gender-responsive approaches to more effectively and sustainably counter terrorism and prevent and counter violent extremism.”

The aim of the informal meeting where the submission was made was to “consider how a focus on masculinities could facilitate a more comprehensive gender approach by the Security Council; identify persistent challenges posed by terrorist individuals and groups exploiting gender to further their objectives; and identify recommendations and lessons learned in that regard,” according to a press release.

The submission was made in conjunction with the United Arab Emirates, Tunisia, and Niger, each of which has committed human rights abuses, according to TNC.

In June of 2020, Canadian Prime Minister Justin Trudeau sought to gain a temporary seat on the Council, promising “to deliver pandemic supplies around the world through airlift support.”

The Toronto Sun reported that he released “a bizarre letter telling other countries not to consider Canada too close to Israel.”

His efforts proved unsuccessful despite Canada’s “intense and costly diplomatic push” according to CBC. The country received just 108 votes, “falling 20 short of the 128 needed to win a spot at the table.”

Prime Minister Justin Trudeau said Canada would continue to work with its international partners “to pressure the Taliban to not reverse the tremendous progress specifically made for women and girls in Afghanistan because of Canadians and other allies’ efforts over the past two decades,” per The Canadian Press. 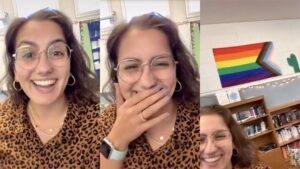