A California teacher has been placed on administrative leave over a viral video laughing about how she removed the American flag and told students to pledge allegiance to the pride flag instead.

Timcast reached out to the school, who confirmed that the teacher, Kristan Pitzen, has been placed on administrative leave.

“We are aware that one of our teachers posted a video on her personal social media that caused alarm and concern related to saluting the American flag. We assure you that we take matters like this seriously. Showing respect for our nation’s flag is an important value that we instill in our students and an expectation of our employees. The teacher is no longer in the classroom and has been placed on administrative leave. As always, we follow due process requirements,” the school district said in a statement, which was confirmed by a school official who added that they cannot comment further due to it being a personnel issue.

Teacher mocks the American Flag and suggests to students they can say the Pledge of Allegiance to the pride flag: pic.twitter.com/1QTS5xjPln

“During third period, we have announcements and they do the Pledge of Allegiance. I always tell my class, stand if you feel like it, don’t stand if you feel like it, say the words if you want, you don’t have to say the words So, my class decided to stand but not say the words. Totally fine,” she said. Pitzen then explained that there actually isn’t an American flag in the classroom because she took it down during the pandemic since it made her “uncomfortable.” When a student commented to Pitzen that it was weird they were pledging allegiance without an actual flag, she jokingly suggested they pledge to the flag they did have in the classroom.

On Monday, outraged parents set up a display of dozens of American flags surrounding the high school’s sign.

Newport Mesa Unified School District told the parents that “showing respect for our nation’s flag is a value that we instill in our students and an expectation of our employees. The teacher is no longer in the classroom.”

The investigation into the matter is ongoing. The school official could not say if she will be returning to the classroom this year.

Pitzen has deleted all of her social media accounts. 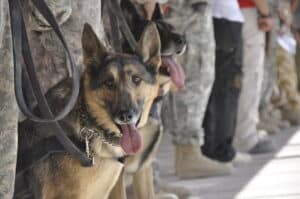