Photo courtesy of Jacob Rodriguez. Image has been resized.

A California task force assembled by state lawmakers to study slavery, its lingering effects on Black Americans, and the issue of reparations has released a 500-page interim report detailing what it calls badges and incidents that “remain embedded in the political, legal, health, financial, educational, cultural, environmental, social, and economic systems of the United States of America.”

The report documents a litany of state-sanctioned offenses against California’s Black residents that occurred not only during slavery, but into and throughout much of the 20th century.

“In California, racial violence against African Americans began during slavery, continued through the 1920s, as groups like the Ku Klux Klan permeated local governments and police departments, and peaked after World War II, as African Americans attempted to move into white neighborhoods,” the executive summary of the report states. “ In California, federal, state, and local governments created segregation through discriminatory federal housing policies, zoning ordinances, decisions on where to build schools, and discriminatory federal mortgage policies known as redlining.”

The report is divided into 13 chapters and is broad in scope, covering wide-ranging issues, including: racial terror, voting rights, housing segregation, education, black families, the arts/culture, legal system, mental health, and the wage gap between Black and White Californians.

Discussion of any form of reparations is often divisive and the question on the minds of many residents is whether or not California’s task force actually recommended payment of reparations to some segment of Black California residents. The answer: yes.

In fact, the word “reparations” appears five times in the executive summary’s preliminary recommendations section and 83 times in the full document.

A nationwide poll conducted last year by University of Massachusetts Amherst/WCVB found that nearly two-thirds of Democrats (64 percent) support some form of reparations to American Descendendants of Slavery (ADOS), while 90 percent of Republicans oppose.

Shortly after the interim report was published, conservatives took to social media to voice their displeasure.

There Were NEVER #Slaves In #California! #Reparations absurd. #US soldiers in 1846 led by #Fremont, founder of anti- #slavery #Republican #GOP in 1856, & #Stockton of #NJ who was first in #Navy to capture slave ships & set slaves free. @landp1776 https://t.co/Z7Qh2mZoel pic.twitter.com/6VJmungCrh

#Reparations “will be challenged in court and shot down because the individuals directly harmed are no longer alive. Holding a whole race of people responsible for actions they never committed is wrong both legally and morally.”

Supporters of reparations, however, often cite the fact that the U.S. government has already paid reparations to other racial and ethnic minorities.

Direct payments — the amount of which won’t be specified until a finalized version of the report is published in 2023 — actually comprise a small part of the task force’s recommendations.

The task force (composed of policymakers, doctoral degree holders, and more than 120 additional staffers, writers, editors, consultants, contributors, witnesses, and tech support) primarily propose to address grievances by passing new legislation, amendments to the California state constitution, and myriad sweeping policy changes that would not result in any payments based on race or ADOS status. 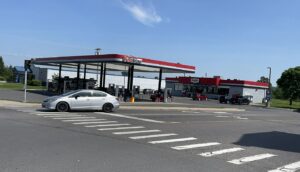