The clinic would not offer abortions or hormone therapies onsite

The Norwalk-La Mirada Unified School district plans to vote on July 18 on a proposal to open a location of the reproductive care and abortion provider.

The school district, in Los Angeles County, is governed by a seven-member school board. The board is considering entering into a five-year contract with Planned Parenthood, which would run a clinic at John Glenn High School.

The clinic would be permitted to treat sexually transmitted diseases, insert non-surgical long-activating reversible contraceptives such as IUDs, as well as prescribe and dispense medication including birth control pills. While abortion is not among the services the on-campus clinic would provide, it would make referrals for the procedure at other Planned Parenthood locations.

The school district would have the option to renew its contract with Planned Parenthood every five years.

The contract lists the provider as Planned Parenthood Los Angeles, which announced an effort to open 50 “well-being centers” at high schools in the surrounding area in December of 2019. Planned Parenthood in Los Angeles said its aim was “to address the social, emotional, and sexual health needs of young people throughout Los Angeles County.”

“The on-campus Wellbeing Centers aim to create a safe space in each school where students can receive the education and health services they need to lead healthy lives,” the organization said in a press release.

“Too many young people don’t have access to the health care or information they need to live their healthiest lives — and these Well being Centers are helping to change that,” she said.

Nicole Neily, the president and founder of Parents Defending Education, spoke out against the potential on-campus Planned Parenthood.

“Families and taxpayers should be horrified that the Norwalk-La Mirada USD is considering a partnership with Planned Parenthood,” Neily told Fox News Digital on July 18. “The fact that the contract specifically notes that ‘under California law minors have the right to consent to reproductive health services without parental consent or notification’ is appalling in and of itself – as is the list of services that will be offered to children, from STD treatment to IUDs to ‘referrals to other health centers operated by Provider for services not offered at the Schools.’”

Neily notes that, because other Planned Parenthood locations offer transgender-related treatments like hormone replacement therapy, students struggling with their gender identity could be referred off campus for treatment without their parents ever being informed.

Medical records of students who seek treatment at the on-campus clinic would be maintained by Planned Parenthood. District staff members, parents, and guardians would only be able to access the record with the written consent of the student.

“For over 100 years, federal courts have consistently found that parents – and not schools – maintain primary decision-making authority over their children, particularly when it comes to medical care,” Neily said. “The Norwalk-La Mirada school board should be ashamed that this contract is even up for consideration – and be mindful of their significant legal exposure should it be ratified.”

The Norwalk-La Mirada Unified School and its board have denied requests for interviews regarding the contract. 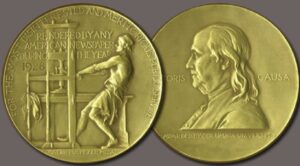