The Pulitzer Prize Board has rejected former President Donald Trump’s request that they revoke awards handed out for reporting on “Russian collusion” in the 2016 election.

In 2021, Trump sent a request to the board asking that they rescind the Washington Post and New York Times’ joint 2018 National Reporting prize.

In his letter, the former president declared that the awards were based on “false reporting” and a “complete lack of evidence.”

“I call on the Pulitzer Prize Board to immediately rescind the 2018 Pulitzer Prize for National Reporting awarded to the staffs of The New York Times and The Washington Post, which was based on false reporting of a non-existent link between the Kremlin and the Trump Campaign. As has been widely publicized, the coverage was no more than a politically motivated farce which attempted to spin a false narrative that my campaign supposedly colluded with Russia despite a complete lack of evidence underpinning this allegation.”

The letter pointed out that Michael Sussmann, a lawyer who worked for Hillary Clinton’s 2016 presidential campaign, was indicted in special counsel John Durham’s investigation. He allegedly lied to the FBI in 2016 when he reported a “possible link” between the Trump campaign and a bank that has ties to the Russian government.

“At the time, Mr. Sussman assured the FBI that he was providing this information of his own accord, and not at the behest of any particular individual or entity,” Trump’s letter asserted. “The indictment reveals, however, that Mr. Sussman was working with other Democrats and billing his time to the Clinton campaign. Importantly, the indictment reinforces the falsehood of the Alfa Bank connection, stating that ‘the FBI’s investigation revealed that the e-mail server at issue was not owned or operated by the Trump Organization but, rather, had been administered by a mass marketing email company that send advertisements for Trump hotels and hundreds of other clients.'”

Trump concluded by saying he hopes the newspapers will voluntarily surrender the awards, but if not, the board should rescind them. He asserted that “without holding the recipients to such a high standard of accountability, the integrity of the Pulitzer Prize namesake stands to be wholly compromised.”

On July 18, the board released a statement explaining that they will not be rescinding the awards.

“These inquiries prompted the Pulitzer Board to commission two independent reviews of the work submitted by those organizations to our National Reporting competition,” the board wrote. “Both reviews were conducted by individuals with no connection to the institutions whose work was under examination, nor any connection to each other. The separate reviews converged in their conclusions: that no passages or headlines, contentions or assertions in any of the winning submissions were discredited by facts that emerged subsequent to the conferral of the prizes.”

The statement concluded, “the 2018 Pulitzer Prizes in National Reporting stand.” 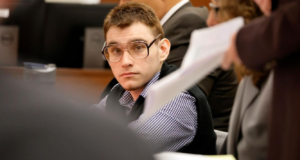