The California reparations task force will begin a two-day meeting in San Francisco on Wednesday.

The meeting will be the first time the task force has gathered in person since their inaugural meeting last year.

In March, the group voted 5-4 to limit reparations only to those who are descendants of free and enslaved black people in the U.S. during the 19th century. They had previously proposed including all black people.

As Timcast previously reported, panel members agreed that the lineage approach for reparations had the best chance of surviving any legal challenges. The panel decided not to include all individuals based on race, noting that immigrants during 20th and 21st centuries did not experience the trauma of being kidnapped and enslaved.

“This measure is about reparations for those who are harmed by chattel slavery in this country,” Rev. Amos Brown, the vice chair of the task force and president of the San Francisco chapter of the National Association for the Advancement of Colored People (NAACP), told the Los Angeles Times.

This week’s meeting will take place at the Third Baptist Church in San Francisco’s historic Fillmore district, where Rev. Brown is the pastor.

“Wednesday’s agenda includes testimony from experts in education, while on Thursday, the committee is scheduled to discuss a report to be made public in June that shows how the institution of slavery continues to reverberate throughout California, including in the form of disparities in household income, health, employment and incarceration,” The Independent reports.

On the agenda will be expert testimony on the “criminal justice system and anti-Black bias.” The public is encouraged to watch the meeting online.

“Public Comment will be managed on a first come first serve basis for one hour. Each speaker will be limited to 3 minutes, after which time your microphone will be turned off. If you wish to participate in Public Comment, please follow the instructions posted at the beginning of the virtual meeting,” the meeting notice states.

The task force is supposed to send a reparations plan to the Legislature in 2023. 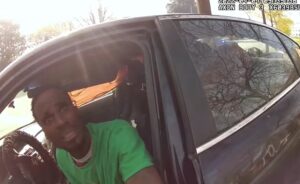