California Reparations Panel Votes To Restrict Compensation to Descendant of Black Americans Who Arrived in U.S. During The 19th Century

On Tuesday, California’s reparations panel voted to limit state compensation for reparations to the descendants of free and enslaved black people in the U.S. during the 19th century, rescinding previous proposals to include all black Americans.

The reparations panel voted to include free black people who migrated to the U.S. during the 19th century on the premise of their risk of becoming enslaved after migration.

Panel members agreed that the lineage approach for reparations had the best chance of surviving any legal challenges. The panel decided not to include all individuals based on race, noting that immigrants during 20th and 21st centuries did not experience the trauma of being kidnapped and enslaved.

However, there was some debate to include reparations for all black Americans. Panel members argued that reparations were due based on systemic racism in housing, education, and employment.

Governor Gavin Newsom signed California Assembly Bill 3121 in September of 2020, establishing the task force to study and develop reparation proposals for African Americans. The panel was tasked with particular consideration for African American descendants of formerly enslaved people in the United States.

The bill made California the only state to move ahead with a study and plan for reparations. State leadership wanted to set a precedent for the nation in studying the institution of slavery and its harms and then educate the public.

Nearly all the California panel member can trace their families back to enslaved ancestors in the U.S. The study and deliberations of the panel is likely to shape reparations discussions across the nation.

The panel members were appointed by Governor Newsom and the leaders of the state’s two legislative chambers.

There has been no plan from the panel for how reparations will be offered.

Panel members have noted that reparations could include free college as well as assistance buying homes, launching businesses, and grants to churches and community organizations.

A report is due by June, with a reparations proposal due by July 2023. The deadlines are required for the reparations to be considered by the state’s legislature. 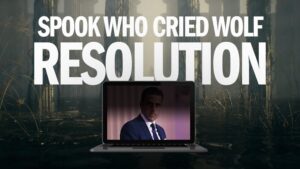