A Georgia mother used the “Find My iPhone” feature to track down her 9-year-old son after her car was stolen with the child inside.

Jerrica Moore had parked her vehicle on April 4 and walked away with the keys, and her son, still inside.

According to a statement posted to Facebook by the Atlanta Police Department, the suspect, Darius White jumped inside the vehicle and sped off with the child.

“Officers immediately responded to the scene and began their preliminary investigation. Ms. Moore was able to track her son’s iPhone using ‘my location’ and relay real time tracking information to officers. Atlanta Police with the assistance of Georgia State Patrol (GSP), Fulton County PD and the Fulton County Sheriff’s responded and used the tracking information to work at locating the vehicle. An Atlanta officer was able to spot the vehicle being closely pursued by GSP. The suspect attempted to flee from officers, but GSP was able to successfully execute a precision immobilization technique (PIT) to render the vehicle immobile,” the statement explained.

The statement added that White was taken into custody without incident and has been charged with Kidnapping, Cruelty towards Children, and Theft by Taking.

The child was transported to Hughes Spalding Hospital to be checked out by medical professionals. He appeared to be uninjured, but shaken, in body camera footage of White’s arrest and his recovery.

“Not all heroes wear capes. We thank all the officers and agencies involved in apprehending this suspect and getting this child to safety,” the statement continued.

The department urged people to lock their vehicles and remove all valuables, “including their children,” when they exit.

“We are happy to report the child and his mother have been reunited. We again remind the community to lock their cars, and remove all valuables, including their children, when exiting their vehicles.” 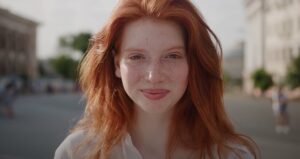 Jeweler Launches Anti-Woke Ad Asking, 'What is a Woman?'