A new lawsuit alleges a California school district’s superintendent and representatives assisted in and concealed a student’s gender transition without informing the child’s parent.

On Friday, Aurora Regino filed a complaint against Chico Unified School District’s superintendent, along with five other school board members, alleging the school district violated her 14th Amendment rights by facilitating and concealing her 11-year-old daughter’s gender transition

“The District’s policy of transitioning kids behind their parents’ backs is radical gender ideology at its worst,” said Harmeet Dhillon, founder of The Center for American Liberty, who is representing mother Regino. “For the government to assume this role is both unconstitutional and reprehensible.”

The Center for American Liberty is reportedly seeking a permanent injunction to the school district’s “Parental Secrecy Policy,” which prompts the district to facilitate and affirm a questioning student’s gender identity without informing or receiving consent from parents, per Daily Wire.

“Robertson allegedly [encouraged] students to explore their identity and consider whether they felt like they were not the gender associated with their biological sex,” further claiming “such feelings were normal and that students should embrace them.”

“These feelings were the result of her exploring her identity consistent with Ms. Robertson’s instructions,” reads the complaint.

California state law AB 1266 requires public schools to allow students to participate in sports and use bathrooms according to a student’s gender identity. However, the school’s policy on concealing a student’s gender transition is not supported by AB 1266, the lawsuit argues.

“The Chico Unified School District has made clear that they will continue to enforce its policy of transitioning kids behind their parents’ backs,” said Associate Counsel and inaugural Shillman Legal Fellow at the Center for American Liberty, Eric Sell.  “There is no guarantee that this will not happen again, either to Aurora, or another parent with a child in the District.”

“Schools across the country have adopted similar policies. They do so in the name of ‘acceptance,’ ‘equity,’ ‘privacy,’ and ‘safety,’ and presumably to protect students from unsupportive parents. But these blanket policies instead harm loving, supportive parents like Aurora,” Sell continued. “Most parents just want to be involved in their children’s lives. Fortunately, the constitution prohibits government actors from interfering with important family decisions like gender identity. We hope the Court recognizes this basic principle and puts an end to this madness.”

“If the school system thinks this is the law, then someone needs to stand up for our children and let them know how wrong and damaging it is,” Regino said. “Our rights as parents do not stop as soon as we drop our children off at school.”
*For corrections please email [email protected]*
Share
Next 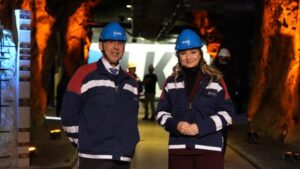