Parents of students at a California elementary school learned over the weekend that their children were housed with biologically male counselors during a school trip to Camp Pali.

After returning home, a group of fifth-grade girls told their parents they were assigned to a cabin with non-binary, biologically male counselors who use they/them pronouns.

The parents have said they wished the district had informed them of the housing logistics and that prior knowledge of the gender policy may have altered their decision to send their children on the trip.

“If I was aware of it and I had initialed something saying this was going to be done at this outdoor science camp, I would have kept my child home,” said parent Suzy Johnson. “No parent should feel the way I feel after knowing what could have happened to my daughter.”

The assistant director of Camp Pali, Emily Teige, told reporters that camp counselors are housed “in cabins they identify with.” Teige said the policy complies with California law.

“It’s every parent’s goal to protect their children, and this should be a camp program’s number one concern as well,” says Camp Pali on its website.

Through a spokesperson, the school district told KTLA that it is investigating the parents’ concerns and is taking the complaints seriously.

Los Alamitos Unified School District has come under fire in recent weeks for adopting a social justice-focused ethics studies curriculum for a high school elective course which was developed by the Southern Poverty Law Center’s Learning for Justice group. The program had divided the community with many parents and students opposing its adoption. 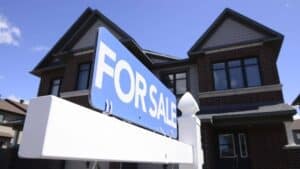