'90 Seconds To Midnight Is The Closest The Clock Has Ever Been Set To Midnight, And It’s A Decision Our Experts Do Not Take Lightly'

On Tuesday, the Bulletin of the Atomic Scientists set the Doomsday Clock 90 seconds before midnight.

The symbolic clock, intended to represent the potentiality of a nuclear war and other man-made global catastrophes, was previously set to 100 seconds to midnight in 2020.

Tuesday’s 90-second setting is the closest the clock has been to midnight since it’s 1947 inception shortly after WWII.

The Bulletin of the Atomic Scientists cited the Russian invasion of Ukraine in their statement announcing the Clock’s updated setting.

“We are living in a time of unprecedented danger, and the Doomsday Clock time reflects that reality. 90 seconds to midnight is the closest the Clock has ever been set to midnight, and it’s a decision our experts do not take lightly,” wrote Bulletin of the Atomic Scientists president and CEO, Rachel Bronson, PhD in a statement.

“The US government, its NATO allies and Ukraine have a multitude of channels for dialogue; we urge leaders to explore all of them to their fullest ability to turn back the Clock.”

'It is now 90 seconds to midnight' — The Bulletin of the Atomic Scientists’ Doomsday Clock has been moved forward 'the closest it has ever been to midnight,' largely due to the 'mounting dangers in the war in Ukraine' pic.twitter.com/qnNGUmL3ik

“Russia’s war on Ukraine has raised profound questions about how states interact, eroding norms of international conduct that underpin successful responses to a variety of global risks,” the statement continued, further citing the Russian invasion of Ukraine which began in February 2022.

And worst of all, Russia’s thinly veiled threats to use nuclear weapons remind the world that escalation of the conflict—by accident, intention, or miscalculation—is a terrible risk. The possibility that the conflict could spin out of anyone’s control remains high . … Russia has also brought its war to the Chernobyl and Zaporizhzhia nuclear reactor sites, violating international protocols and risking widespread release of radioactive materials. Efforts by the International Atomic Energy Agency to secure these plants so far have been rebuffed.

“The Doomsday Clock is sounding an alarm for the whole of humanity,” said Chair of The Elders and former UN High Commissioner for Human Rights, Mary Robinson.

We are on the brink of a precipice. But our leaders are not acting at sufficient speed or scale to secure a peaceful and liveable planet. From cutting carbon emissions to strengthening arms control treaties and investing in pandemic preparedness, we know what needs to be done. The science is clear, but the political will is lacking. This must change in 2023 if we are to avert catastrophe. We are facing multiple, existential crises. Leaders need a crisis mindset.

The clock was reset to it’s earliest setting at 17 minutes to midnight following the Soviet Union’s December 1991 fall.

Some people noted the seemingly arbitrary meaning of the Doomsday Clock.

“The Doomsday Clock is only impressive to simpletons,” said one Twitter user.

“I f—ing hate the Doomsday Clock. It’s literally the worst indicator in the world, and stands as the first battle cry of a modern scientific establishment willing to sell out their profession’s credibility for nakedly political ends,” said another user.

I fucking hate the Doomsday Clock. It's literally the worst indicator in the world, and stands as the first battle cry of a modern scientific establishment willing to sell out their profession's credibility for nakedly political ends. https://t.co/M81qrLB1fo

“This is the stupidest s— I have ever seen,” said Timcast owner and CEO Tim Pool.

“I’m [gonna] make a … doomsday turtle race where we race turtles once a year to see if we move closer to the apocalypse because it has more logic behind it than this,” Pool continued, mocking the doomsday symbol. “That and it will be very cute to watch little turtles running.”

this is the stupidest shit I have ever seen

that and it will be very cute to watch little turtles running https://t.co/KBmzjudvsB

The statement has been translated into Ukrainian and Russian, according to the Bulletin of the Atomic Scientists. 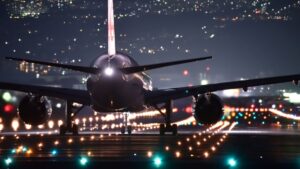 FAA Loosens Rules For Pilots Who May Have Heart Damage