FAA Loosens Rules For Pilots Who May Have Heart Damage

New guidelines from the Federal Aviation Administration (FAA) have raised concerns over airline safety after the federal agency loosens restrictions on pilots who may have suffered heart damage.

In October, the FAA widened the acceptable parameters used when pilots are screened for heart conditions, the agency told the Associated Press (AP) in a statement. As news of the change circulated, many speculated whether the updated guidance was due to potential injuries from COVID-19 vaccines that have frequently involved heart issues.

The FAA loosened its medical certification guidelines for pilots with heart block, which “can make it difficult for a person’s heart to pump blood effectively by delaying or blocking the electrical signal that control’s one’s heartbeat,” the AP reported.

The change involves the “PR interval,” which is the time it takes for an electric pulse to travel from one section of the heart to another. Following the FAA’s rule change, the new PR interval is 50 percent longer than it was previously.

The FAA said that the change was made based on “new scientific evidence” from cardiology consultants. However, some researchers question the official narrative from the agency, stating that the revisions were published without explanation at the time.

Some within the airline industry believe the guidance could be tied to negative effects from COVID-19 vaccination as pilots were among those falling under vaccine mandates.

“This is a ticking time bomb on a level we’ve never seen,” Josh Yoder, a commercial airline pilot and head of the advocacy group U.S. Freedom Flyers, told The Epoch Times (ET).

Yoder and other researchers have criticized the FAA for saying COVID shots are safe for pilots and says the FAA should be held accountable for the rule change. He told ET the loosened guidance increases the chances that a pilot’s heart condition could be undiagnosed, which could prove deadly in the event of a cardiac event while in the air.

The FAA responded in an email to ET saying there is “no evidence of aircraft accidents or incapacitations caused by pilots suffering medical complications associated with COVID-19 vaccines,” though critics say it’s simply because the FAA hasn’t conducted an investigation.

Though rare, there have been several emergency incidents within the past year that have garnered public attention and increased scrutiny.

In April 2022, American Airlines pilot Capt. Robert Snow went into cardiac arrest on the flight deck just after the plane he was flying landed. Snow attributed the heart attack to the vaccine, and in a video posted to Rumble says because of it, he might never fly again.

In November 2022, a plane departing Columbus, Ohio was forced to make a return flight back to the airport after the captain “became incapacitated” in the air. The co-pilot landed the plane and the captain was rushed to the hospital, where he died.

According to ET, the FAA still has not revealed what data drove the decision to allow COVID shots for pilots or the reasons for changing the range for PR intervals.

“The FAA’s decision to lower the EKG standards is the latest assault on aviation safety from an organization that has pledged to put aviation safety ahead of all else,” Stephen Carbone, a former FAA safety inspector, said in a Jan. 22 email to ET. “It is nothing short of safety sacrilege; to those of us in aviation, safety is sacred.” 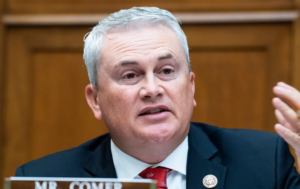