Tampa Bay Buccaneers coach Bruce Arians has announced that wide receiver Antonio Brown is no longer on the team after a meltdown on the field during Sunday’s game against the New York Jets.

The superstar player had just returned to the team after a three-game suspension for turning in a fake vaccine card.

Brown left the field during the third quarter after stripping off his uniform, throwing it into the crowd, and running across the field.

Here’s a sideline view of what happened with Antonio Brown. Looks like Mike Evans was trying to calm him down but nothing was going to help. AB took everything off and left.

What the hell is Antonio Brown doing?! pic.twitter.com/gdgSfrk0W4

Video of Antonio Brown leaving the field after taking off his jersey and shirt and throw it into the stands. pic.twitter.com/1hwNYei5Fq

“He is no longer a Buc,” Arians told ESPN after their victory against the Jets. “That’s the end of the story. Let’s talk about the guys that went out there and won the game.”

When pressed about what happened to prompt the meltdown, Arians said, “I’m not talking about him. He’s no longer part of the Bucs.”

A source told ESPN that Brown was not benched but quit the team mid-game. Another source confirmed to the sports network that he did not fly home on the team’s charter plane.

The situation was so outrageous that security at MetLife Stadium initially thought it was a fan who had jumped on to the field.

“We thought he was a jumper,” one security officer told ESPN, adding that as Brown went through the tunnel, he asked state troopers for a ride to the airport, but they told him, “No.” The guard added that Brown was shirtless and did not have his wallet.

Arians told Fox Sports that he has “never seen anything like that in all my years.”

It remains unclear what prompted Brown to quit. The Bucs were down 24-10 at the time he began stripping, but ultimately won the game.

“We all love him. We care about him deeply. We want to see him be at his best. Unfortunately it won’t be with our team,” his teammate Tom Brady told reporters, adding that he intends to remain friends with Brown. “I think everyone should be very compassionate and empathetic toward some very difficult things that are happening.”

Running back Le’Veon Bell, who also played with Brown on the Steelers, had a similar comment for the network.

“I found out when we got into the locker room at the end of the game,” Bell said. “I instantly sent him a text, to try to catch up with him real quick. Obviously he texted me back and I talked to him. He’s still one of my close friends. Like you won’t hear me talking bad about AB at all. Obviously I understand, things happen, but he’s one of my closest friends I’ve been around, a close teammate, overall a good person. Some bad decision-making at times, but he’s human, not perfect, and we’ll continue to move on without him and keep moving forward.”

“It’s tough. Obviously when I came over here, I was happy to be reunited with him. Unfortunately it was only two games, but at the end of the day, I wish the best for him outside of football or whatever’s next for him.” 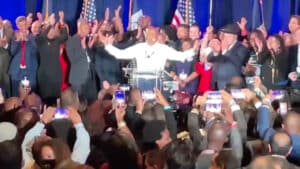