A British elementary school is asking boys as young as three-years-old to wear skirts to school in order to “promote equality.”

Castleview Primary in Edinburgh has received backlash after emailing parents about their request.

“An email to parents from Castleview said it wanted children to be ‘comfortable’ taking part and that trousers and leggings could be worn under the skirts if needed,” the Daily Mail reports. “It even offered to provide skirts for some youngsters if none were suitable at home. Teachers can wear skirts too.”

The school claims that sixth graders came up with the idea after hearing about “wear a skirt to school day” in Spain. On November 4, teachers and students across the nation wore skirts to school in solidarity with a boy who was expelled for wearing one to school last year.

The school’s statement added that, “we want our school to be inclusive and promote equality.”

The Daily Mail reports that teachers also wrote to parents saying, “we’re keen to spread the message that clothes don’t have a gender and that we should all be free to express ourselves as we choose.”

The teacher at the school who appears to have been behind the plan has been promoting it on Twitter.

P6 have been learning about the importance of breaking down gender stereotypes. We have organised a ‘Wear a Skirt to School Day’ to raise awareness of #LaRopaNoTieneGénero campaign. This will be on Thursday 4th November and we’d love everyone to get involved! 👗 @Castleview_PS pic.twitter.com/Bby6JKzUJz

“We’re hoping to get as many staff and pupils wearing skirts as we can. So, if you’re willing to share, please send your children into school with clearly labelled skirts for others to wear. Kilts or costume skirts would work too,” a teacher named Miss White wrote on Twitter, which was retweeted by the school.

We absolutely do not want to force anyone to wear something they’re not happy with but we’re hoping lots of you will be keen to help spread our important message. Trousers under skirts are allowed! Looking forward to next Thursday 💜 @MissMcGroryCV @Castleview_PS 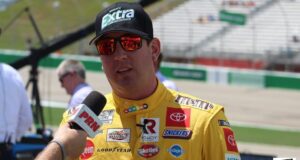