'The Intention Of The Company Is To Close The Transaction At $54.20 Per Share' Said A Twitter Spokesman

Twitter has reportedly accepted Elon Musk’s offer to purchase the company for $44 billion, a spokesman for the platform confirmed Tuesday.

“We received the letter from the Musk parties which they have filed with the SEC,” the Twitter spokesman told Daily Mail. “The intention of the company is to close the transaction at $54.20 per share.”

Musk reconfirmed his intention to purchase the company at the original proposed price last night in a letter filed with the United States Securities and Exchange Commission (SEC). The billionaire is expected to own the company as early as Friday, CNBC reported.

While Musk has not released a public statement on Twitter’s acceptance of the offer as of Tuesday, he commented on a separate project’s cash flow in a tweet.

“Should be noted that Starlink is still far from cash flow positive. All LEO communications constellations to date have gone bankrupt, so any support is super helpful.”

Should be noted that Starlink is still far from cash flow positive. All LEO communications constellations to date have gone bankrupt, so any support is super helpful.

Twitter share trading was halted earlier Tuesday after news broke of the billionaire’s proposed offer, which drove share prices up 13 percent. Musk was sued by Twitter for his attempt to back out of the deal leading to the upcoming civil trial on Oct. 17. Chancellor Kathaleen McCormick, who reportedly would have sided with Twitter had the trial commenced per Bloomberg, recently denied Musk’s request to delay proceedings.

“Musk’s increasingly outlandish requests reflect not a genuine examination of Twitter’s processes but a litigation-driven campaign to try to create a record of noncooperation on Twitter’s part,” said the company’s attorney in July.

In July, Musk tried to back out of the original $44 billion deal proposed in April claiming Twitter had refused to disclose sufficient information about the platform’s active bot accounts. Twitter countered Musk’s claims of fraud on the company’s behalf by asserting there was a misunderstanding on the platform’s bot calculation. 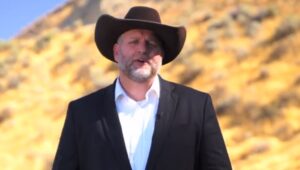