California gubernatorial candidate Larry Elder was attacked by a white leftist in a black and pink gorilla mask in Venice on Wednesday.

The mask-wearing leftist was throwing eggs and shouting as Elder walked by.

The belligerent attacker also punched a member of Elder’s entourage who was attempting to get them to calm down and step away. One of her friends also punched him in the back of his head as someone else threw an egg.

“Put your hands on me again and I’ll f-ck you up,” the ape-masked attacker was heard shouting.

Another protester ranted to the media present that Elder, who is black, “doesn’t even like his own people.”

“A flying egg narrowly missed the back of recall candidate @larryelder ‘s head after it was thrown by an activist wearing a gorilla mask in Venice. A scuffle broke out and the candidate was escorted into an SUV,” Kate Cagle, the journalist who filmed the incident, wrote in a tweet.

Breaking: A flying egg narrowly missed the back of recall candidate @larryelder‘s head after it was thrown by an activist wearing a gorilla mask in Venice. A scuffle broke out and the candidate was escorted into an SUV.

Elder has been repeatedly smeared as a “white supremacist” by the liberal media. The Los Angeles Times referred to him as “the face of white supremacy,” despite his own skin color.

“So, yes, I do believe that a wealthy white man will do less damage to Black Californians than Elder, a Black man who rose from poverty. On Tuesday afternoon, several Black elected officials, led by Rep. Barbara Lee (D-Oakland) held a rally via Zoom to say they believe the same,” the report in the Los Angeles Times read. “The reason is simple. Newsom is at least trying to do what most of us want by addressing the root causes of our problems by dismantling white supremacy, not by embracing as supporters some of the very people who embody it.” 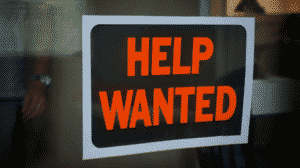