The number of open jobs outnumbered the number of unemployed people in July by 2 million.

The Labor Department’s Job Openings and Labor Turnover Survey indicated that 10.9 million jobs were open in the United States during July. That was an increase from June’s 10.1 million and more than the FactSet estimate of 9.9 million.

“Hiring slowed sharply in August, with payrolls growing by just 235,000 even as the total unemployed dipped to just shy of 8.4 million,” reports CNBC. “The rate of job openings measured against the total labor force swelled to 6.9% in July, up from 6.5% the previous month and 4.6% a year ago.”

During the same month, approximately 4 million workers quit their jobs, representing 2.7% of workers, which was consistent with June’s rate. The rate of firings, meanwhile, remained at 1%.

“The jobs are there, it’s that the workers may not want to take those jobs right now,” Jim Bullard, president of the Federal Reserve Bank of St. Louis, told the Financial Times. He added that “households are flush with income” because of historically high savings rates.

Reuters reports that “job openings rose in the Northeast, South, Midwest and West regions. The job openings rate surged to a record 6.9% from 6.5% in June, driven by medium-sized businesses with 50-249 workers. The rate for large firms with 5,000 or more employees fell.”

Some economists believe that the end of pandemic-era unemployment benefits will induce more unemployed people to find jobs. In March of 2020, the CARES Act raised weekly unemployment benefits to $600 and later adjusted it to $300 a month. Under the bill, self-employed, gig workers, and part-timers had access to the weekly payments and people could collect unemployment for an extended period of time. After two extensions, Congress opted not to renew the benefits for the third time. The programs that offered increased aid ended Monday.

At least 25 states have already cut unemployment benefits in an effort to increase job growth.

“The big factor for most job seekers is still the pandemic,” noted Nick Bunker, Indeed Hiring Lab director of research told CBS News. “Concern about the coronavirus will make people less willing to immediately jump into a job than they have in the past.”

There are 8.4 million unemployed Americans — 4 million more than February 2020. 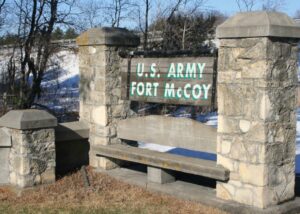