The race was called for Shapiro just after 10:30 p.m. local time, with 54 percent of the state reporting.

Shapiro had been the clear favorite in the polls throughout the election season, but the margin had been shrinking in the lead-up to November 8.

Sen. Mastriano is a close ally of former President Donald Trump, who had endorsed and campaigned for him in the race.

“Our Democratic Governor’s veto pen is the only thing standing in the way of Harrisburg Republicans’ attempts to ban abortion, pass dangerous Texas-style laws, and put women’s health at risk,” Shapiro’s campaign website states. “In the face of unprecedented attacks against the right to choose, Josh will be the last line of defense for Pennsylvanians — he will veto any bill that would restrict abortion rights, and he will expand access to reproductive care.”

Shortly after he was projected as the winner, pro-abortion group NARAL congratulated him on Twitter, calling him a “champion in the fight to protect and expand abortion access and reproductive freedom for *every* body.”

Congratulations to @JoshShapiroPA—a champion in the fight to protect and expand abortion access and reproductive freedom for *every* body. Josh Shapiro’s victory over anti-choice, anti-freedom Republican Doug Mastriano is a huge win for reproductive freedom. pic.twitter.com/GIQBBGwmTF

Shapiro’s website states that “as Governor, Josh will lift families out of poverty, build economic opportunities and wealth, increase housing stability and homeownership, and address health inequities in Black communities.”

As Attorney General, Shapiro fought for biological males to be able to use female restrooms if they choose to do so based on their “gender identity.”

The nonpartisan Cook Political Report has rated the race as “likely Democrat,” while FiveThirtyEight listed Shapiro as “clearly favored” to win. 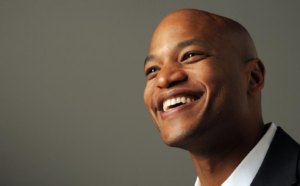