The US Embassy in Afghanistan is warning Americans who are at or near the Kabul airport to “leave immediately.”

James Heappey, Britain’s armed forces minister, told the BBC that there was “very, very credible reporting of an imminent attack” that may be targeting the airport.

Heappey said that there could be an attack perhaps “within hours.”

The British official said that “there is an appetite by many in the queue to take their chances, but the reporting of this threat is very credible indeed and there is a real imminence to it.”

“There is every chance that as further reporting comes in, we may be able to change the advice again and process people anew, but there’s no guarantee of that,” Heappey added.

The US Embassy issued a statement late Wednesday evening saying that people should not attempt to travel to the airport and those who are already there should leave immediately.

“Because of security threats outside the gates of Kabul airport, we are advising U.S. citizens to avoid traveling to the airport and to avoid airport gates at this time unless you receive individual instructions from a U.S. government representative to do so,” a statement from the embassy issued early Thursday morning said.

“U.S. citizens who are at the Abbey Gate, East Gate, or North Gate now should leave immediately,” the embassy added.

According to a report from the Seattle Times, “new warnings emerged from Western capitals about a threat from Afghanistan’s Islamic State group affiliate, which likely has seen its ranks boosted by the Taliban’s freeing of prisoners during their blitz across the country.”

Britain and New Zealand also warned their citizens not to go to the airport. Australia’s foreign minister also stated that there was a “very high threat of a terrorist attack.”

Belgian Prime Minister Alexander De Croo also said that his country had been warned about the possibility of an attack, according to the Seattle Times report.

“We received information at the military level from the United States, but also from other countries, that there were indications that there was a threat of suicide attacks on the mass of people,” he said, talking about the threat around Kabul airport.

There are still hundreds, possibly thousands, of Americans who are attempting to flee the Taliban controlled country.

Taliban spokesman Zabihullah Mujahid has dismissed reports of a possible imminent attack, calling them “not correct,” according to a report from Fox News. 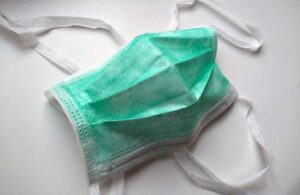