The Boston Marathon fully returned after pandemic delays and issued a ban on Russian and Belarusian runners.

The 126th year of the marathon began at 6 A.M. on April 18 with some COVID-19 pandemic protocols in effect.

Participants were required to be vaccinated or prove they have an accepted exemption, a measure Race Director Dave McGillivray called the “new normal.”

“We’re still sensitive to the virus and requiring vaccinations,” McGillivray told WLRN. “We’re really not back to normal for the time being, but this is what the new normal is. The key is keeping everyone safe.”

The race was canceled for the first time in decades in 2020 because of the global outbreak of COVID-19. It was held in a limited capacity in 2021

This year, the Boston Athletic Association banned athletes living in Russia or Belarus from participating in the marathon or the 2022 B.A.A. 5K because of the Russia-Ukraine conflict.

“Like so many around the world, we are horrified and outraged by what we have seen and learned from the reporting in Ukraine,” said Tom Grilk, the chief executive of the Boston Athletic Association, on April 7. “We believe that running is a global sport, and as such, we must do what we can to show our support to the people of Ukraine.”

The association did not say how many runners were disbarred from the competition following the announcement.

In 2019, 59 Russian and Belarusian runners competed in the Boston Marathon.

Ukrainian athletes who signed up for the race but could not make it to Boston were permitted to defer their registration for a year or opt for a refund.

The B.A.A. notes that Russian or Belarusian citizens who did not reside in either country could still compete but were prohibited from running under either nation’s flag.

“The B.A.A., its races, and events will not recognize the country affiliation or flag of Russia or Belarus until further notice,” the organization said in its statement. “The B.A.A. will make reasonable attempts to refund the athletes from Russia or Belarus who will no longer be able to participate, within the constraints as imposed by federal and international sanctions.”

Since its invasion of Ukraine in late February, Russia’s athletes have been banned from a number of sports including the Paralympic Games, FIFA and UEFA events, Formula One Races, and all International Tennis Federation competitions. 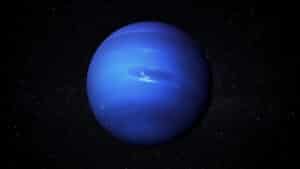