New research from scientists at the University of Leicester has shown that Neptune, the solar system’s most distant planet, is undergoing an unexpected cooling as the planet has entered its summer season.

Neptune is 30 times farther away from the Sun than Earth, and similarly has an axial tilt which causes it to experience seasons. However, one Neptune year is about 165 Earth years, and its seasons are each over 40 Earth-years.

The study, led by an international team of researchers including scientists from Leicester and NASA’s Jet Propulsion Laboratory (JPL), analyzed all existing ground-based imaging of Neptune in the mid-infrared from multiple observatories from 2003-2020.

As Neptune moved into its southern summer, the scientists observed its average global temperatures fall by 14 degrees Fahrenheit (8 degrees Celsius) between 2003 and 2018.

“This change was unexpected,” said Dr. Michael Roman, a postdoctoral research associate at the University of Leicester and lead author on the new paper. “Since we have been observing Neptune during its early southern summer, we would expect temperatures to be slowly growing warmer, not colder.”

Observations of Neptune have only been a possibility for the past few decades, so the data only reflects part of a Neptune season.

Dr. Glenn Orton, Senior Research Scientist at JPL and co-author on the study, explained, “Our data covers less than half of a Neptune season, so no one was expecting to see large and rapid changes.”

The cause of the unexpected temperature changes is unknown, but the scientists think the Sun’s 11-year solar cycle could play a role.

“The temperature variations may be related to seasonal changes in Neptune’s atmospheric chemistry, which can alter how effectively the atmosphere cools,” Roman said. “But random variability in weather patterns or even a response to the 11-year solar activity cycle may also have an effect.”

In the study, the scientists note that Neptune’s temperature roughly followed the trend in solar activity measured using the Lyman-alpha (Lyα) line, a way of detecting changes in solar activity.

“A strong solar maximum occurred in ∼2001 (cycle 23), followed by a drop in the Lyα over the subsequent 10 yr,” the study says. “The deep minimum in 2009 (cycle 24) gave way to a weak solar maximum in ∼2014. Currently, solar cycle 25 is rebounding from another deep minimum in 2019. Plotted with the time series of Lyα, Neptune’s mid-IR radiances followed a roughly similar trend.”

Scientists expect that the James Webb Space Telescope, the most powerful telescope ever launched into space, will help answer these and other questions about Neptune and its neighbor Uranus.

“The exquisite sensitivity of [JWST’s] mid-infrared instrument, MIRI, will provide unprecedented new maps of the chemistry and temperatures in Neptune’s atmosphere, helping to better identify the nature of these recent changes,” said Leigh Fletcher, Professor of Planetary Science at the University of Leicester and a co-author of the new study. 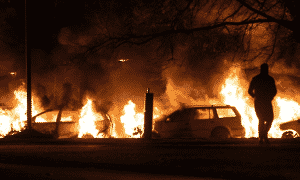