The company’s goal is to produce six electric models in the United States and aims to have 50% of its global sale come from electric vehicles by 2030.

The German company will spend $1 billion on increasing EV production at its Spartanburg plant. The company already invested $12 billion in the plant, which can produce 450,000 annually. The seven-million-square-foot facility currently employs 11,000 people. BMW did not say how many new positions would be created through the investment.

The plant currently produces a number of models including the BMW X3, X4, X5, X6 and X7. Approximately 70% of the vehicles are produced in Spartanburg.

BMW will also invest $700 million in a new battery-assembly facility in Woodruff which currently employs 300 people.

Envision AESC of Japan will supply BMW with lithium-ion cell batteries. As part of the two companies’ new partnership, Envision will build a new battery cell factory at an undisclosed location in South Carolina which will then be shipped to BMW’s Woodruff plant for assembly.

“The new cells will have a battery chemistry that will increase the amount of energy they can store by more than 20% and improve charging speed and enhance range by up to 30%,” reports Fox News.

BMW currently makes two fully electric vehicles – the iX sports activity vehicle and the i4 Gran Coupe. Later this year, the company will produce a new hybrid-electric model, the XM, and bring its electric sedan, the i7, to market.

BMW Chairman Oliver Zipse told CNBC that he supports the Biden administration’s goal of making half of all auto sales electric vehicles by 2030, but that the U.S. would need to alter its EV infrastructure.

“With today’s infrastructure, we will not get there, but of course we have 10 years time to build up together an infrastructure for charging needs, and so on,” he said. “And I think with the infrastructure goals which the Biden administration set, I think there’s a good opportunity to at least come very close to that market.”

Establishing a plug-in electric vehicle plant in the United States will make BMW eligible for federal EV tax credits. The U.S. government offers car makers who assemble EVs domestically a $7,500 per car credit. However, the cars must have a battery made in North America with 40% of its metal mined or recycled in the United States, Mexico or Canada.

Other major automakers are making similar changes to the production and business models.

“The auto industry’s shift to EV production and the newly passed tax credit have led to a boom in new battery factories in the US. Most of the new facilities will be located in southern states, leading some to call the region the ‘Battery Belt,’” per The Verge. 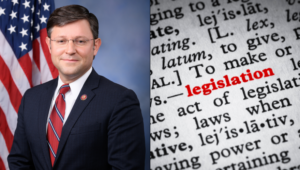