The Great Christmas Dickens Fair in San Francisco has been accused of failing to protect black cast and crew members from racism and sexism.

The event, which opens at the Cow Palace on Dec. 4, was started in the 1970s by Ron and Phyllis Patterson, who staged the country’s first Renaissance Pleasure Faire in 1963. The couple created the event because their privately-held Charles Dickens and Victorian London-themed Christmas parties became so successful.

Over 1,400 volunteer cast and crew members stage the fair, which is attended by more than 66,000 guests.

This year, approximately 200 cast and crew members and thousands of attendees refused to participate in the annual event.

“I want people to recognize what their values are and decide if the Dickens Fair aligns with them,” says Latoya Tooles, founder of an affinity group for the fair’s black performers called Londoners of the African Diaspora, or LoAD.

LoAD planned the boycott, saying event organizers did not meet their list of safety requirements. Members of the group say that despite reporting harassment, leadership has ignored marginalized cast members and their concerns. LoAD and other affinity groups representing other special interest groups, including neurodiversity and disabilities, formed the London Solidarity Network. As a collective, they are pushing for inclusion, diversity, equity, and accessibility (IDEA).

“As the movement has grown, some Dickens Fair cast members and vendors who have been on the periphery of the yearlong conversation have jumped in, aghast and aggrieved that the advocacy groups are ‘trying to ruin the magic’ and ‘destroy Dickens,’” reports Datebook. “But Tooles and others maintain that they are trying to fix the fair, not harm it.”

The Great Dickens Christmas Fair is run by Red Barn Productions, the company that was started by Ron Patterson and is now run by his wife, Leslie and his sons, Kevin and Andrew.

Toole and her group published a Statement of No Confidence in May of 2020, charging that the production company no longer had the “ability to lead this production.” The statement accuses the company of “floating policy and changes in an inconsistent manner to test the boundaries of [their] participant’s leniency [and] gaslighting individuals and directors by changing the narrative to suit [their] image.”

“These examples have only occurred in the last month but are indicative of patterns that span several decades,” the statement said. “They not only oppress black, indigenous, and other people of color, women, trans, and disabled people specifically but, are harmful to your entire cast — volunteers and salaried professionals — generally.”

Red Barn Production – which says it is “aspiring to be an anti-racist organization” – asked LoAD to help create an anti-racism policy in August of 2020 leading to the Anti-Racism Initiative (ARI). LoAD contends the company did not comply with this policy, which included their recommendation to hire Human Resources and IDEA professionals in addition to creating “inclusive casting policies that would put an end to racist casting traditions at Dickens Fair.”

Traditionally, Red Barn employs a tactic known as portraiture casting, where an aesthetic resemblance to historic character factors into who receives the role.

LoAD’s petition to “End Racism and Injustice” received over 3,300 signatures.

“Now is our moment to raise our collective voices against injustice and call on Red Barn leadership to make The Great Dickens Christmas Fair a safe and equitable space for all,” the petition says. “We are proud to have been part of creating an event that has become so successful it requires formal, professional, and representative-based oversight. But we cannot in good conscience continue to participate in an event that is not safe and just for all our fellow participants.”

LoAD’s anti-racism effort was sparked by the production company’s public and empathic support for the Black Lives Matter movement in June of 2020.

Red Barn Production told Datebook it intends to release a full statement on diversity and inclusion early next year. 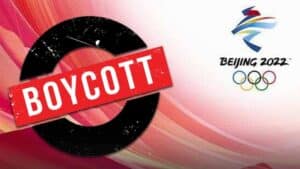