The Biden administration is expected to announce sometime this week that U.S. government officials will not attend the 2022 Beijing Olympics.

A full scale boycott is not expected to be pushed, meaning that U.S. athletes will still be allowed to compete. The last Olympics fully boycotted by the U.S. was during President Jimmy Carter‘s administration in 1980.

Beijing has responded to this news by warning it would take “resolute countermeasures” against the Biden administration if the diplomatic boycott takes effect.

“The U.S. should stop politicizing sports and hyping up the so-called ‘diplomatic boycott’ so as not to affect China-U.S. dialogue and cooperation in important areas,” Chinese Foreign Ministry spokesperson Zhao Lijian said at a Dec. 6 news conference.

Zhao called the potential boycott “a stain on the spirit of the Olympic charter” and a “sensationalist and politically manipulative” move by U.S. politicians.

Last month’s virtual summit between Biden and Chinese President Xi Jinping yielded no significant breakthroughs, but highlighted much of the tensions between both countries. It did, however, serve as a restart to relations following steep deterioration during Trump’s final year in office.

Throughout the November summit, Biden and Xi engaged in a “healthy debate,” according to a senior Biden administration official present for the discussions. Biden raised concerns about human rights, Chinese aggression toward Taiwan and trade issues.

Biden has gone on record a number of times saying that democracies can deliver more effectively than autocracies like China, and he’s used the bipartisan infrastructure law to show domestically how political parties in democracies can work together.

While the boycott has not been made official, it is expected to be announced during the course of the week ahead.

The National Security Council, the group spearheading the boycott, declined any comment to TimCast. 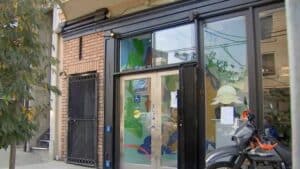