Biden’s Vaccine Mandate For Businesses Blocked By The Supreme Court

The United States Supreme Court has blocked Joe Biden from enforcing his vaccination requirement for companies with more than 100 employees.

The Occupational Safety and Health Administration’s regulation went into effect on Jan. 10 while the legal challenge was still under review. Under Joe Biden’s November executive order, companies with more than 100 employees were required to implement a vaccine-or-test policy or face punitive consequences.

The Supreme Court heard arguments last week regarding the validity of OSHA’s authority to enforce such a mandate. The agency had issued the regulations under its emergency power which had been established by Congress.

“Requiring the vaccination of 84 million Americans, selected simply because they work for employers with more than 100 employees, certainly falls in the latter category,” the court wrote.

Led by a conservative majority, the court’s 6-to-3 ruling affirmed that the Biden administration had overstepped its authority when creating the mandate.

“When we are wise, we know not to displace the judgments of experts, acting within the sphere Congress marked out and under Presidential control, to deal with emergency conditions,” they wrote in their dissent. “Today, we are not wise. In the face of a still-raging pandemic, this Court tells the agency charged with protecting worker safety that it may not do so in all the workplaces needed. As disease and death continue to mount, this Court tells the agency that it cannot respond in the most effective way possible.”

The Biden administration had asked the court last week to leave in place the masking and COVID-19 testing requirements for workplaces even if it invalidated the vaccine mandate. The court rejected this request.

An estimated 80 million individuals would have been impacted by the vaccine-or-test policy.

The court also released a second ruling on Thursday affirming that the administration’s vaccine mandate for health care workers was valid.

“We agree with the Government that the [Health and Human Services] Secretary’s rule falls within the authorities that Congress has conferred upon him,” the court wrote in its second statement. 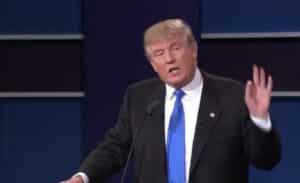