The Republican National Committee is working to prohibit presidential candidates from participating in debates organized by the Commission on Presidential Debates.

“The RNC has a duty to ensure that its future presidential nominees have the opportunity to debate their opponents on a level playing field. So long as the CPD appears intent on stonewalling the meaningful reforms necessary to restore its credibility with the Republican Party as a fair and nonpartisan actor, the RNC will take every step to ensure that future Republican presidential nominees are given that opportunity elsewhere,” McDaniel wrote in the letter that she posted to Twitter.

McDaniel added, “Accordingly, the RNC will initiate the process of amending the Rules of the Republican Party at our upcoming Winter Meeting to prohibit future Republican nominees from participating in CPD-sponsored debates.”

For years, the Commission on Presidential Debates has shown bias against Republicans.

Since they continue to stonewall commonsense reforms, the RNC is leveling the playing field to make debates fair for future nominees.

See our full letter below. pic.twitter.com/GwrCfz29dV

One example of the perceived unfairness that McDaniel cited was the fact that the 2020 debates started after early voting had already began in many states.

The GOP proposed changes which include adopting term limits for the CPD’s board of directors, holding the first debate before the start of early voting, installing a “code of conduct” to prevent moderators from being partisan and a transparent process for selection of the moderators.

“These proposals are common sense solutions for an organization whose unique, nonpartisan role in American elections requires it to stand above the political fray,” McDaniel wrote. “Unfortunately, the CPD’s responses so far seem designed to delay any reform until it is too late to matter for the 2024 election.”

Candidates from the GOP have participated in the CPD debates in every election for over 30 years.

“The CPD deals directly with candidates for President and Vice President who qualify for participation in the CPD’s general election debates,” the commission said in a statement obtained by CBS News. “The CPD’s plans for 2024 will be based on fairness, neutrality and a firm commitment to help the American public learn about the candidates and the issues.” 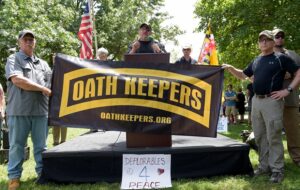