President Joe Biden’s Energy Department has reversed a policy enacted under President Donald Trump that allowed people to have stronger showerheads in their homes.

The Competitive Enterprise Institute is blasting Biden’s decision, saying that people do not need the government dictating how much water they can use in the shower.

The Hill reports that the Trump admin had previously changed the 2013 regulation that only allowed a flow of 2.5 gallons per minute by changing the definition of “showerhead” to include every nozzle in a single product. This meant that a shower fixture could carry, in some cases, three times the previous limit.

The report also details how the changes in the regulation came because of Trump’s own complaints about water pressure — not industry lobbying.

In a lengthy comment about the policy published in September, the Competitive Enterprise Institute argued that “the original interpretation of the showerhead provisions that prevailed for nearly two decades applied the maximum flow rate of 2.5 gpm to each showerhead of a multi-showerhead unit, and thus allowed that sale of some models with a maximum flow above 2.5 gpm. The Obama administration then chose to flout the consumer protections in the law by forbidding such showers, and now the Proposed Rule seeks to re-instate these restrictions. Doing so shortchanges consumers while accomplishing little towards to the goal of water savings.”

“Consumers should be able to decide for themselves what kind of showers they buy and use, and do so free from regulatory constraints. People don’t need the government to protect them from too much water in the shower, they can simply turn the knob down,” CEI senior fellow Ben Lieberman said in a statement about the policy on Thursday. 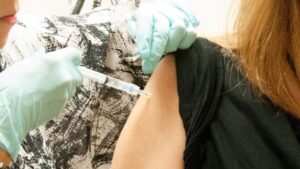