An advisory panel at the Centers for Disease Control is considering new restrictions or warnings on using the COVID vaccine from Johnson & Johnson over fears the injections can cause blood clot issues in a small number of recipients.

“The single-dose vaccine has been linked to a rare and severe type of blood clot, which halted its use for 10 days in April as federal health officials looked more closely at six women who experienced the problem — the only known cases among more than 7 million people who received the vaccine in the United States at that time. One of the women died. The pause was lifted after an extensive safety review that determined the vaccine’s benefits outweighed the risks,” reports the Washington Post.

The group is “certainly going to get some updates between the [April] pause and now — how many more cases are there [now] compared to before, and are there certain populations that may be at increased risk, based on age, gender and comorbidities,” one insider told the Post.

“On Monday, the CDC sent emails to state health departments asking them to ‘describe the predicted impacted [sic] to your jurisdiction’s COVID-19 vaccination program if Janssen [Johnson & Johnson] were no longer recommended, or were recommended only for a subset of the population,’” writes the newspaper. 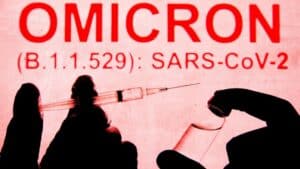