The Centers for Disease Control and Prevention have shared alarming predictions this week regarding the spread of the Omicron variant of the Coronavirus.

Just in the last 24 hours, cases of Omicron in the U.S. have jumped 32% according to official reports from the CDC on Thursday. Today’s reported cases have surpassed 319, up from Wednesday’s 241 confirmed cases.

The agency disclosed the projections on Wednesday afternoon, showing they expect Americans to encounter up to 15,600 new COVID deaths a week by January. This translates to 2,228 deaths per day — a 58% increase from 8,900 deaths currently recorded each week.

Further CDC prediction modeling estimates that between 620,000 and 1.3 million Americans will be diagnosed with COVID no later than Christmas Day. This projection represents a 55% increase in the 840,000 cases recorded in the last week.

In the coming weeks, Omicron is poised to become the dominant COVID strain, causing a massive surge in cases shortly after the Christmas holiday.

According to the CDC, the prevalence of Omicron increased sevenfold in a single week. This rate of increase will likely put further pressure on a health system already strained by the Delta variant surge in late 2021.

The news of a surge comes amid statements from officials that they don’t currently favor creating an omicron-specific vaccine. They say that existing vaccines, plus a booster shot, are an effective weapon against Omicron.

This week’s CDC briefing detailed two scenarios for how the omicron variant could spread in the U.S. The worst-case scenario created some fear among top officials, who worry that a fresh wave layered on top of delta and influenza cases could cause a significant issue for the country. They fear it could overwhelm health systems and areas of the U.S. with lower vaccination rates.

The CDC, normally cautious in its briefing, told public health officials that preparedness is crucial for the coming wave.

However, officials continue to express concern about how few Americans have had a booster for COVID. The current data shows that 55 million people in the U.S. have had a booster, out of 200 million who are fully vaccinated, according to the CDC.

The newest modeling scenarios have been shared among senior Biden administration officials. They discuss politically fraught decisions about how, when and whether to take further steps to suppress the virus and keep hospitals from being overwhelmed. 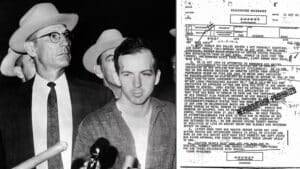