Biden's Approval Rating Falls Below 50 Percent For the First Time

President Joe Biden’s approval rating has dropped below 50 percent for the first time during his presidency.

Biden’s approval has dropped to 49.8 percent in FiveThirtyEight’s average of polls, and 49.4 percent in the RealClearPolitics average as the chaos in Kabul grips the nation.

“Although the dip below fifty percent coincides with the events unfolding in Afghanistan, the most significant erosion dates back a few months. In July’s Gallup presidential approval poll, Biden dropped 6 points to 50 percent after months of consistent high approval, fueled by a 5-point dip among Democrats and an 8-point drop among independents. The president actually ticked up a point with Republicans in that poll,” Mediaite reports.

Speaking to the outlet, 538’s Geoffrey Skelley said that it is “possible that the situation in Afghanistan could take a further toll on Biden’s approval ratings,” but “it’s just too soon to say at this point.”

The White House has been facing serious bipartisan criticism for their handling of the withdrawal from Afghanistan, which has included leaving thousands of Americans and our weaponry in limbo in the country.

A congressional aide speaking to CBS News on Tuesday told the reporter that there are still 10-15,000 American citizens trapped in the nation without a way to get to Kabul.

“We think there are certainly thousands of Americans. We don’t have an exact count. I would say somewhere best guess between 5 and 10,000 near Kabul,” Pentagon press secretary John Kirby said during an interview with CNN’s John Berman on New Day.

Kirby said that those stranded do not need to continue sheltering in place and can make their way to the airport, telling CNN that “they can begin movement to the airport for processing flights out.”

However, the State Department is sending alerts to people who remain there, telling them to get to the Hamid Karzai International Airport in Kabul for evacuation, but that their safety is not guaranteed.

The below note went out this afternoon to American citizens requesting to be evacuated from Afghanistan, @alanacbs reports. It instructs people to come to Hamid Karzai Intl Airport in Kabul, but says the US govt cannot guarantee their safety as they make the trip. @CBSNews pic.twitter.com/rgEyjGup4K

The U.S. is not helping those who are stranded with their transportation to the airport, leaving them entirely to their own devices. 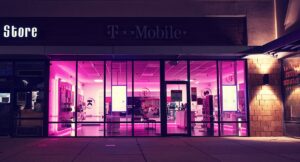