Information regarding former and potential customers was compromised over the weekend

T-Mobile is investigating a security breach that revealed the personal data of over 40 million potential and former customers.

“We have been working around the clock to investigate claims being made that T-Mobile data may have been illegally accessed. We take the protection of our customers very seriously and we are conducting an extensive analysis alongside digital forensic experts to understand the validity of these claims, and we are coordinating with law enforcement,” the company said in a statement on Monday.

“The data breach only became public over the past weekend after hackers offered to sell the data for six bitcoin, or roughly $272,400 based on the current price,” per Gizmodo.

While dates of birth, as well as first and last names, were accessed, no indication of customers’ financial details were compromised, the telecom services provider said.

“The company, which had 104.8 million customers as of June, acknowledged the data breach on Sunday after U.S.-based digital media outlet Vice first reported that a seller had posted on an underground forum offering for sale some private data, including social security numbers from a breach at T-Mobile servers,” reported CNBC.

The company had to reset the PINs of 850,000 active customers and warned them that their names, phone numbers, and account PINs had been compromised. It recommended that other customers do the same proactively.

According to TechCrunch, “T-Mobile warned that there could be more fallout to come, noting that it confirmed there was ‘some additional information from inactive prepaid accounts accessed through prepaid billing files,’ but did not say what.”

Customers who use Metro by T-Mobile, former Sprint prepaid, and Boost Mobile brands were not impacted by the data breach.

This is not the first time data has been stolen from the company. They faced similar attacks in January and several times in 2018. 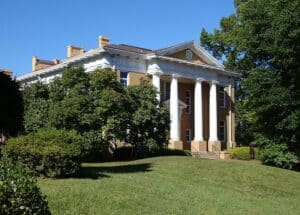