Biden Skips G-20 Gala Dinner to Return to His Hotel

The White House said Biden had to tend to unspecified matters

President Joe Biden opted not to attend the gala dinner at the G-20 Summit in Indonesia.

The White House stressed the president does not have COVID-19. Biden administration officials said “nothing urgent” had caused the unexpected change.

According to The Washington Times, “the official said the president had spent a full day in meetings and needed to attend to a few things, but did not elaborate.”

Biden is expected to resume his previously determined schedule on Nov. 16.

In addition to the European Union and the US, Argentina, Australia, Brazil, Canada, China, France, Germany, Japan, India, Indonesia, Italy, Mexico, Russia, South Africa, Saudi Arabia, South Korea, Turkey, and the United Kingdom are all members of the G-20 – or Group of 20.

“The members of the G20 account for 80% of world GDP, 75% of global trade and 60% of the population of the planet,” reports The Sun. Since 1999, the nation’s designated leaders have met every two years to “bring about stability in the global economy.”

During his time at the summit, Biden has urged other world leaders to issue caps on Russian oil and gas in response to the country’s invasion of Ukraine.

“In a video address to the summit, [Ukrianian President Volodymyr Zelenskyy] joined Biden in trying to persuade the G-20 to further isolate Russia diplomatically and economically, despite a souring global financial outlook that has tested many nations’ resolve,” per AP News.

The president had an “unscheduled conversation with Turkish President Recep Tayyip Erdogan in which they discussed grain exports from Ukraine and NATO alliance issues,” per USA Today.

The president met with Chinese President Xi Jingping for three hours on Nov. 14. The meeting was the leaders’ first in-person interaction since Biden took office. Biden told the press he and Xi discussed avoiding an all-out conflict and suggested he doubted China was planning “an imminent invasion of self-governing Taiwan,” per CNN.

Biden’s last meeting on Nov. 15 before he missed the gala dinner was with Italian Prime Minister Giorgia Meloni. He is scheduled to meet with United Kingdom Prime Minister Rishi Sunak before he travels back to Washington DC.

Russian President Vladimir Putin is not attending the summit. Instead, his nation is being represented by Russian Foreign Minister Sergey Lavrov.

Lavrov condemned the US for leading anti-Russian efforts at the summit, per ABC News.

“All problems are on the Ukrainian side that categorically refuses to hold any talks and comes up with conditions obviously unrealistic and inadequate to this situation,” said Lavrov. 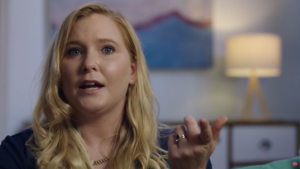 'I Honestly Believed The Charges I Made Against Him': Dershowitz Accuser Speaks Out Following Settlement