The president of Russia will not meet with other world leaders at next week’s G-20 summit according to Indonesian government officials.

Vladimir Putin and United States President Joe Biden have not been in the same room since the start of the war between Ukraine and Russia, which began in February.

After a meeting with security officials, Chief of Support for G-20 events Luhut Binsar Pandjaitan said Putin’s decision not to attend the event was “for our common good and the best for all of us.”

“It has been officially informed that Russia’s President Vladimir Putin will not attend the G-20 summit, and will be represented by a high-level official, and this has been discussed by President Joko Widodo and Putin in previous telephone conversations,” said Pandjaitan, per AP News.

Russian Foreign Minister Sergey Lavrov will lead the nation’s delegation at the two-day event on the island of Bali. In addition to Biden, Chinese President Xi Jinping and other world leaders will also attend.

The news contradicts a March report from The Washinton Post which stated Russia’s president intended to be present at the G-20 summit despite efforts from Western nations to exclude the country from the group.

Ambassador Lyudmila Vorobieva said Putin’s attendance would “depend on many, many things, including the covid situation, that is getting better.” She also added that the “reaction of the West” to the conflict “is absolutely disproportional.”

Fox News reported in October that the White House was “bent on preventing President Biden from having a run-in with Russian President Vladimir Putin” at the G-20 summit including any opportunity for the two leaders to be photographed together while passing in a hallway.

“Look, I have no intention of meeting with him, but look, if he came to me at the G20 and said, ‘I want to talk about the release of Griner,’ I would meet with him, but that would depend,” Biden said during an interview with Jake Tapper on CNN. Biden was referring to jailed WNBA player Britteny Griner, who was sentenced by a Russian court to nine years in prison for drug possession.

The White House has said Biden will meet with China’s Xi while at the G-20 summit.

White House Press Secretary Karine Jean-Pierre said in a Nov. 10 statement that the president and Xi would discuss “efforts to maintain and deepen lines of communication between the United States and the PRC, responsibly manage competition, and work together where our interests align, especially on transnational challenges that affect the international community.” 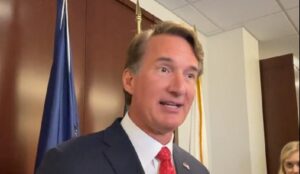