President Joe Biden announced his nomination to lead the Food And Drug Administration on Nov. 12.

Biden tapped cardiologist Robert Califf to lead the agency. He served as the commissioner of the FDA late in President Barack Obama’s second term. Following his initial nomination to the post, he was confirmed by the Senate with a vote of 89 to 4.

Califf had previously been the deputy commissioner for the Office of Medical Products and Tobacco.

“I am confident Dr. Califf will ensure that the FDA continues its science and data driven decision-making,” Biden said in a statement. “Dr. Califf had strong bipartisan support in the Senate in 2016, and I urge the Senate to swiftly confirm Dr. Califf so he can continue the important work being done at this critical moment.”

He added: “Dr. Robert Califf is one of the most experienced clinical trialists in the country, and has the experience and expertise to lead the Food and Drug Administration during a critical time in our nation’s fight to put an end to the coronavirus pandemic.”

The FDA, which has evaluated COVID-19 vaccines from major pharmaceutical companies, has not had a commissioner during Biden’s term thus far.

“There’s a lot of work to do, and if confirmed I look forward to rejoining the great team at the FDA to help in their inspiring mission to serve the public,” Califf said in a statement accepting the nomination.

The doctor specifically noted the possible increase of heart disease as part of an impending rise in chronic disease in an opinion piece he wrote for the medical journal “Circulation” earlier this year.

AP News reports “he was among the first FDA officials to publicly acknowledge missteps in the agency’s oversight of painkillers like OxyContin, which is widely blamed for sparking the ongoing opioid epidemic, now driven by heroin and fentanyl.”

“If confirmed by the Senate, Califf would also play a key role in charting the government’s wider pharmaceutical and tobacco policy ambitions — as well as managing growing scrutiny of the FDA’s drug approval process,” notes Politico.

“His nomination is an insult to the many families and individuals who have had their lives changed forever as a result of addiction. I could not support Dr. Califf’s nomination in 2016 and I cannot support it now,” Manchin said, per CNBC.

Dr. Janet Woodcock has served as the agency’s Acting Commissioner since January 20, 2021. She has previously served as the director of the FDA’s Center for Drug Evaluation and the Director of the Division of Biological Investigational New Drugs in addition to other positions.

The Biden administration considered nominating Woodcock for the position. However, Democrats were not happy with her work regarding opioids as well as her approval for a controversial Alzheimer’s drug.

The nominee’s most recent work has been on health policy for Alphabet, Google’s parent company, as a senior advisor. 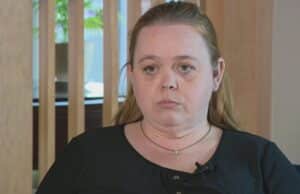