The White House announced her nomination on Friday morning.

“Judge Jackson is an exceptionally qualified nominee as well as an historic nominee, and the Senate should move forward with a fair and timely hearing and confirmation,” the White House said in a statement.

If confirmed, Jackson will be the first black woman to serve on the court.

“Biden nominated Jackson, 51, to the U.S. Court of Appeals for the District of Columbia last summer. Jackson had served as a district judge in the U.S. District Court for the District of Columbia since 2013, previously working as a public defender, the vice chair of the U.S. Sentencing Commission and a clerk under retiring Supreme Court Justice Stephen Breyer. Jackson attended Harvard for both undergrad and law school and if confirmed would be the first federal public defender to serve on the court,” Yahoo News reports.

Republican Senators Susan Collins, Lisa Murkowski, and Lindsey Graham of South Carolina voted to confirm her to the appeals court.

The Yahoo News report noted, “one of Jackson’s most prominent rulings was a 2019 decision in which she ordered former Trump White House counsel Don McGahn to testify in the impeachment inquiry against then-President Donald Trump.”

During her confirmation hearing for the Court of Appeals, Republican Sen. John Cornyn asked her about what role race plays for her as a judge.

“I don’t think that race plays a role in the kind of judge that I have been and would be. I’m doing a certain thing when I get my cases,” Jackson said. “I’m looking at the arguments, the facts and the law. I’m methodically and intentionally setting aside personal views, any other inappropriate considerations, and I would think that race would be the kind of thing that would be inappropriate to inject into my evaluation of a case.”

Biden and Jackson are scheduled to speak on Friday afternoon.

Biden had vowed only to consider black women for the seat.

An ABC News/Ipsos poll released last month found that a whopping 76 percent of Americans disagreed with Biden’s plan to rule people out for Justice Stephen Breyer’s seat based on their sex and the color of their skin.

“On the subject of the Supreme Court’s vacancy when Breyer retires from the bench, 76 percent of respondents said Biden should consider all possible nominees, while only 23 percent believe he should consider exclusively Black women for the nomination,” Mediaite reported. “The ABC/Ipsos poll also asked participants if they think Supreme Court justices mainly rule on the basis of the law, or on their partisan political views. Forty-three percent said justices make their rulings based upon their political views, 38 percent said it was on the basis of the law, and 18 percent said they were unsure.”

Biden Sticking to Only Considering Black Women for Supreme Court, Despite Overwhelming Disapproval From the Public

When asked about the poll, Psaki told reporters that the results would not be changing Biden’s plans.

“What we can assure the American public, wherever they fell on that poll, is that he will choose and nominate someone who has impeccable credentials and is eminently qualified to serve as a Supreme Court justice,” Psaki said during a press briefing on Monday. “He did make a promise to the country. That’s certainly how he sees it.”

Psaki added, “there is a wealth of qualified, talented black women to choose from.” 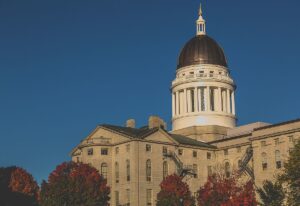