Biden Sticking to Only Considering Black Women for Supreme Court, Despite Overwhelming Disapproval From the Public

White House Press Secretary Jen Psaki told reporters on Monday that President Joe Biden is sticking to his vow to only consider black women for the Supreme Court, despite overwhelming disapproval from the public.

A newly released ABC News/Ipsos poll found that a whopping 76 percent of Americans disagree with Biden’s plan to rule people out for Justice Stephen Breyer’s seat based on their sex and the color of their skin.

“On the subject of the Supreme Court’s vacancy when Breyer retires from the bench, 76 percent of respondents said Biden should consider all possible nominees, while only 23 percent believe he should consider exclusively Black women for the nomination,” Mediaite reported. “The ABC/Ipsos poll also asked participants if they think Supreme Court justices mainly rule on the basis of the law, or on their partisan political views. Forty-three percent said justices make their rulings based upon their political views, 38 percent said it was on the basis of the law, and 18 percent said they were unsure.”

“What we can assure the American public, wherever they fell on that poll, is that he will choose and nominate someone who has impeccable credentials and is eminently qualified to serve as a Supreme Court justice,” Psaki said during a press briefing on Monday. “He did make a promise to the country. That’s certainly how he sees it.”

Psaki added, “there is a wealth of qualified, talented black women to choose from.”

.@PressSec Jen Psaki: “The president’s commitment is to deliver on the promise he made to the country. There’s no question in his mind that there is a wealth of qualified, talented Black women to choose from to nominate [to the Supreme Court].” https://t.co/y2R7KVo6RQ pic.twitter.com/UDfLWUy400

“There’s a long history here. President Reagan promised the country he would nominate the country’s first woman to serve on the court, and he did so. Former President Trump also promised to choose a woman just over a year ago, and there was no such complaint from the voices on the Right who are speaking out now,” she said.

The White House confirmed over the weekend that they are considering South Carolina District Court Judge Michelle Childs, who is a black woman, for the seat.

“Judge Childs is among multiple individuals under consideration for the Supreme Court, and we are not going to move her nomination on the Court of Appeals while the President is considering her for this vacancy,” White House Deputy Press Secretary Andrew Bates said in a statement, obtained by Fox News. “At the same time, reporting indicating that the President is only seriously considering three potential nominees is incorrect.”

The report added, “Childs had been scheduled to appear at a hearing on Capitol Hill on Tuesday as part of the confirmation process for the Washington, D.C. Circuit Court of Appeals for which Biden nominated her in December.” 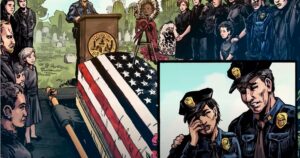