The subreddit, which has over 1.7 million readers, claimed that the comic violated their policy against “misinformation and racism.”

Appearing on “Fox & Friends” on Monday, Baron said that Thin Blue Line does not violate those guidelines and is a “good drama” and straight crime story.

“Twenty years ago, a story like this wouldn’t have raised an eyebrow,” Baron told the network. “But in today’s hyper-politicized environment, many people find support for the police objectionable.”

Fox reports that this is the second time Baron’s comics have been banned from the subreddit, with the first being a story about a biker who went to prison and found God.

Bounding Into Comics reports “User /u/thebleedingfool shared an article from The Federalist, where Baron promoted the book while also talking about his history with comics and his views on the current state of law enforcement.”

“In response to the sharing of this article /r/Comics moderator SickBurnBro replied to the original posting writing, ‘Hello thebleedingfool! Unfortunately, your submission has been removed for the following reason(s): Misinformation and racism.’ They added, “If you feel that your submission has been removed in error, please message us so we can take a look. Thanks!'”

A Reddit spokesperson told Fox News that they did not remove the content about the comic, but that it was done by an individual moderator.

“Reddit did not remove the content in question. The content was removed by the subreddit’s volunteer moderators, who can set and enforce rules that are specific and unique to their individual subreddits,” the spokesperson said.

For his part, Baron blamed the increasingly partisan education system in the United States.

“I get the impression that it’s someone who is probably young and hasn’t been exposed to a lot of different points of view,” Baron said of the moderator. “The education system these days skews one way, and I don’t think kids are taught critical thinking.”

Baron said that entertainment used to be free from politics, but is now being controlled by a “small minority of loud voices.”

“It was a place you went to enjoy yourself and relax. The purpose of those forums is entertainment, and I think that today a number of publishers have lost sight of that fact,”  he said.

Baron did not just face censorship on Reddit, he says he was also banned from using Facebook ads to promote his work. 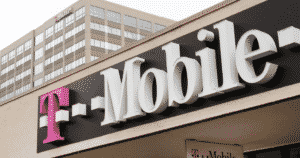 Unvaccinated T-Mobile Employees Will Be Terminated in April