Speaking before the 77th United Nations General Assembly, President Joe Biden largely focused on the role Russia’s invasion of Ukraine has played in the shift of global events and condemned the “brutal, needless war” that the president said was “chosen” by Vladimir Putin.

President Biden, who spoke for just under 30 minutes, touched on various subjects spanning from climate change to competition with China, but routinely returned to the core subject of his speech: the ongoing war in Ukraine.

According to Biden, Russia’s invasion of their neighbor constitutes an extreme violation of the United Nations Charter, specifically the tenets that prohibit the use of violence to expand one’s borders and the belief that the sovereignty of all nations is of equal importance regardless of their size or military strength.

“Russia has shamelessly violated the core tenets of the United Nations Charter — no more important than the clear prohibition against countries taking the territory of their neighbor by force,” Biden said. He then added that Putin, in a speech today, reiterated the possibility of Russia utilizing nuclear strikes if necessary.

“Again, just today, President Putin has made overt nuclear threats against Europe and a reckless disregard for the responsibilities of the non-proliferation regime,” he said.

The speech, which came just hours after the Kremlin announced a 300,000-man troop surge in Ukraine to “consolidate” 600 miles of captured territory, also follows the announcement of referenda being held in the captured territories to determine if they will join the Russian federation.

“Now Russia is calling — calling up more soldiers to join the fight. And the Kremlin is organizing a sham referenda to try to annex parts of Ukraine, an extremely significant violation of the U.N. Charter,” commented Biden, addressing both recent developments.

Turning to the role of the United Nations, Biden reiterated previous comments about expanding the size of security council by increasing both permanent and non-permanent members.

Addressing growing concerns about global famine, Russia was again the focal point of the president from Delaware.

“Russia, in the meantime, is pumping out lies, trying to pin the blame for the crisis — the food crisis — onto sanctions imposed by many in the world for the aggression against Ukraine. So let me be perfectly clear about something: Our sanctions explicitly allow — explicitly allow Russia the ability to export food and fertilizer. No limitation. It’s Russia’s war that is worsening food insecurity, and only Russia can end it.”

On China, the president stuck to the Nixonian precedent and reiterated that the official position of the American government is in line with the One China policy while continuing to insist that a singular China can be multipolar.

“We remain committed to our One China policy, which has helped prevent conflict for four decades. And we continue to oppose unilateral changes in the status quo by either side,” he said. “As we manage shifting geopolitical trends, the United States will conduct itself as a reasonable leader. We do not seek conflict. We do not seek a Cold War. We do not ask any nation to choose between the United States or any other partner.”

Biden concluded his speech by touching on the dangers of nuclear proliferation, signaling apprehensions at China for its “unprecedented, concerning nuclear buildup without any transparency” and at Russia for blocking agreements at recent Nuclear Nonproliferation Treaty Review Conference meetings.

“But the United States will be unabashed in promoting our vision of a free, open, secure, and prosperous world and what we have to offer communities of nations: investments that are designed not to foster dependency, but to alleviate burdens and help nations become self-sufficient; partnerships not to create political obligation, but because we know our own success — each of our success is increased when other nations succeed as well.” 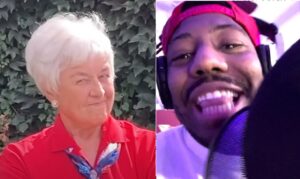