DHS: 'This area presents safety and life hazard risks for migrants attempting to cross into the United States'

President Joe Biden will fill four major gaps in the border wall separating the United States and Mexico despite previous promises to stop the barrier’s construction.

Biden’s administration said that closing the gaps in the wall will better protect illegal immigrants that may be in the area.

The completion of the border wall was one of President Donald Trump’s major campaign promises.

“Due to the proximity to the Morelos Dam and the swift moving Colorado River, this area presents safety and life hazard risks for migrants attempting to cross into the United States where there is a risk of drownings and injuries from falls,” the department noted in its official statement.

“DHS will move as expeditiously as possible, while still maintaining environmental stewardship,” the statement noted. Prior to the start of construction, the department will conduct stakeholder outreach and incorporate environmental planning.

The gaps are in what was previously designated as the Yuma Project 6 area which had been funded by the Department of Defense’s military construction appropriation.

During Trump’s administration, about $65 million was allocated for Yuma Project 6 –  one of the 11 border wall projects that were Pentagon-funded.

Of the 11 border wall projects, four were in Yuma.

The Yuma region of the U.S.-Mexico border is reportedly the third busiest sector of illegal migrant crossings in the nation, narrowly trailing the Rio Grande Valley and Del Rio in Texas. In April, there were an average of 990 arrests in the sector each day.

“While Yuma doesn’t have the highest numbers of migrants, it is seeing the biggest percentage increase out of any sector compared to 2021, by far,” reported KYMA. “Since October, close to 150,000 migrants have been apprehended in Yuma, 589% increase from this point last year.”

On the presidential campaign trail in August of 2020, Biden declared, “There will not be another foot of wall constructed on my administration, No. 1.”

By the fall of Biden’s first year in office, illegal border crossings had risen faster than at any time in Border Patrol’s 97-year history. Just under 2 million illegal crossings had been recorded in the prior 12-month period.

Many prominent Republicans have called on the president to address the border crisis, citing national security concerns and the illegal trafficking of drugs.

Democratic Senator Mark Kelly of Arizona announced on July 28 that “after many months of pushing the Biden administration to close border barrier gaps near the Morelos Dam,” DHS had authorized the closure of the gaps.

“For too long, the Morelos Dam area has been an operational challenge for Border Patrol agents to properly secure the border and keep our communities safe,” Kelly said in his statement. “I’m glad that the Department of Homeland Security has listened to Arizona and is going to close these gaps. This is a step forward and I’ll keep working to ensure that Arizona has the tools needed for a secure and orderly process at the border including fencing and barriers where they make sense.”

Keely had voted to cancel border wall construction contracts in May of 2021. He is currently seeking his party’s nomination for reelection. 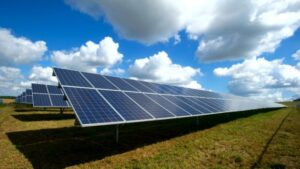