The Biden administration has reversed itself on a previous decision banning news drones from depicting the crisis at the southern border, where the number of migrants awaiting processing doubled overnight at one entry point in Del Rio, Texas.

“The Federal Aviation Administration (FAA) on Thursday night initially placed a two-week flight restriction along a bridge at the Texas-Mexico border inundated with thousands of illegal immigrants, which prevented reporters from flying drones to document the crisis – but Fox News regained clearance the next day,” Fox News reported.

On Thursday night, Fox News reporter Bill Melugin tweeted, “We’ve learned that the FAA just implemented a two week TFR (Temporary Flight Restrictions) over the international bridge in Del Rio, TX, meaning we can no longer fly our FOX drone over it to show images of the thousands of migrants. FAA says ‘special security reason.’”

According to Fox News, the outlet had been using drones for months and this was the first time there had been an issue.

On the same day, the Biden administration also reversed itself on a request for Texas to shut down ports of entry to help secure the crisis at the border, according to Texas Governor Greg Abbott.

“Six hours after U.S. Customs and Border Protection requested help from Texas to close ports of entry and secure the border, the Biden Administration has now flip-flopped to a different strategy that abandons border security and instead makes it easier for people to cross illegally and for cartels to exploit the border,” Abbott said in a statement. “The Biden Administration is in complete disarray and is handling the border crisis as badly as the evacuation from Afghanistan. I have directed the Texas Department of Public Safety and the Texas National Guard to maintain their presence at and around ports of entry to deter crossings.”

The disarray comes as border encounters have passed 200,000 for the second consecutive month – the first time that number has been reached in 21 years. 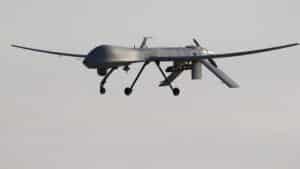