The Pentagon confirmed Friday that a drone strike targeting potential terrorists in Kabul, Afghanistan, was a tragic “mistake” that killed 10 civilians, including three adults and seven children.

“The explosives the military claimed were loaded in the trunk of a white Toyota sedan struck by the drone’s Hellfire missile were most likely water bottles, and a secondary explosion in the courtyard in a densely populated Kabul neighborhood where that attack took place was probably a propane or gas tank, the official said. In short, the car posed no threat at all, investigators concluded,” writes the New York Times.

“An official familiar with the investigation acknowledged that the driver of the car, Zemari Ahmadi, a longtime worker for a U.S. aid group, had nothing to do with the Islamic State, as military officials had previously asserted. Mr. Ahmadi’s only connection to the terrorist group appeared to be a fleeting and innocuous interaction with people in what the military believed was an ISIS safehouse in Kabul, an initial link that led military analysts to make one mistaken judgment after another while tracking Mr. Ahmadi’s movements in a sedan for the next eight hours,” adds the newspaper.

“I offer my profound condolences to the family and friends of those who were killed,” Gen. Kenneth F. McKenzie Jr., commander of United States Central Command, told journalists during a briefing on the subject.

This is a developing story. Read the full report at the New York Times. 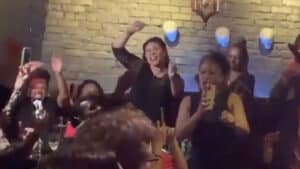