The Biden administration has reached a deal with Mexico to reinstate former President Donald Trump’s “Remain in Mexico” policy for migrants.

The Department of Homeland Security announced on Thursday that the Migrant Protection Protocols (MPP) program will be restarted after a court order to do so, but added that they are still seeking to end the program.

The MPP program began in 2019 and kept migrants in Mexico while they awaited their hearings to gain entry to the United States. The effort was launched to stop the inflow of illegal immigrants from being released into the interior of the nation while they waited.

The Biden administration attempted to take apart the program as soon as he took office, then shut it down entirely in June, 2021. The issue was raised in federal court, when Missouri and Texas argued that the White House broke the law by ending the policy. The court sided with the states and ordered the program to be reinstated. Their decision was later upheld by the Supreme Court.

According to a report from Fox News, “Homeland Security Secretary Alejandro Mayorkas issued a memo to formally end the program in October, and DHS emphasized on Thursday that he ‘repeatedly stated that MPP has endemic flaws, imposed unjustifiable human costs, pulled resources and personnel away from other priority efforts, and failed to address the root causes of irregular migration.'”

“The U.S. Government will work closely with the Government of Mexico to ensure that there are safe and secure shelters available for those enrolled in MPP; that individuals returned under MPP have secure transportation to and from U.S. ports of entry; and that MPP enrollees are able to seek work permits, healthcare, and other services in Mexico,” the statement said.

Their report continued on to say that the White House made changes to the program to satisfy the Mexican government, including “making sure that cases are concluded within six months, opportunities for legal assistance, more information to enrollees and the exclusion of ‘particularly vulnerable individuals.’ Those enrolled will also be offered (but not mandated) COVID-19 vaccines.” 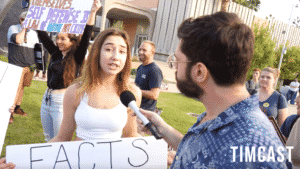